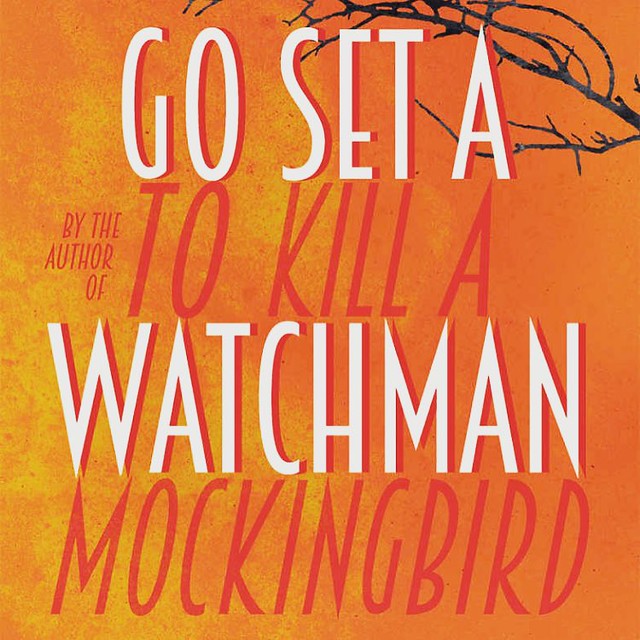 The long-awaited sequel/prequel/draft/who-the-hell-knows-what-it-is to Harper Lee’s classic “To Kill A Mockingbird” hit the shelves yesterday. Titled “Go Set A Watchman“, the novel has some folks stirred up. Why? Because, in this story, Atticus Finch (aka the greatest literary character ever) turns out to be a racist and a segregationist. That’s a bit awkward, isn’t it?

Now, before we go any further, let’s acknowledge that this a “white people” problem. Seriously, do you think minority folks are worried that some white people have their knickers in a twist because a character in a god-damned book turned out to be kind of assy? Of course not, they’re too busy busting their ass to put food on the table and keep a roof over their heads to spend time on something like this. But, that doesn’t mean this is an issue we should ignore.

So, what’s the big deal? Basically, a lot of people can’t seem to reconcile the Atticus of “Watchman” with the one they know and love from “Mockingbird”. In “To Kill A Mockingbird”, Atticus is an infinitely wise man of integrity and a stalwart civil rights warrior. In “Go Set A Watchman”, however, he is a man of his times: a racist and a segregationist. In other words, the exact opposite of who we thought him to be.

In truth, we only thought Atticus was a good man. Why? Because that idea made us feel better, especially us southerners. Growing up in a region populated by men like Bob Jones and George Wallace, we desperately wished for a hero Atticus, one that was everything we wished we were, but weren’t. It’s possible, however, that our idealized version of Atticus set us on the path to becoming that person. “Watchman” is disconcerting because it reveals that our role model has feet of clay and that rocks the foundations of our conviction and faith. I mean, shit, if Atticus is a racist, what does that make me?

The real problem here is that we are applying 21st century values to a character whose entire existence occurred in a time where segregation and overt racism was the norm. Looked at in the context of his time, Atticus Finch was the good man we thought he was. Atticus kept Tom from being lynched and provided the best defense possible in the climate of a Deep South town in the 1930’s. And, he treated Cordelia and the Robinson’s with kindness and a certain level of respect. None of those actions are at odds with the ideas Atticus expresses in “Watchman”. It is possible to do all those things and still believe that people who are black aren’t equal to ones who are white. As you can see, in the context of that time, it didn’t take much to be a “good man”.

In my mind, Atticus’ racism humanizes him in way nothing else could. Someone who came of age in the south of the early 20th century would have no problem doing all the things Atticus does in “Mockingbird” and yet be horrified at the very idea of integration and equal rights. My own grandfather was the same way. I could tell you many stories about how he went out of his way to help black coworkers or neighbors. This same man also told racist jokes and was furious when Hank Aaron broke Babe Ruth’s home run record (because “no n*****r should ever break the Babe’s record”). Race is a funny thing in the South and people who aren’t from here don’t really understand it. To be fair, though, most of the people who are from here don’t get it either.

In a conversation about “Watchman”, a friend said that we are “all flawed with, hopefully, moments of greatness.” That describes the Atticus of both novels to a tee. She also said, “I will take joy in sinful people doing amazing things.” And, maybe that’s how we can reconcile these two seemingly disparate images of the man we thought we knew.