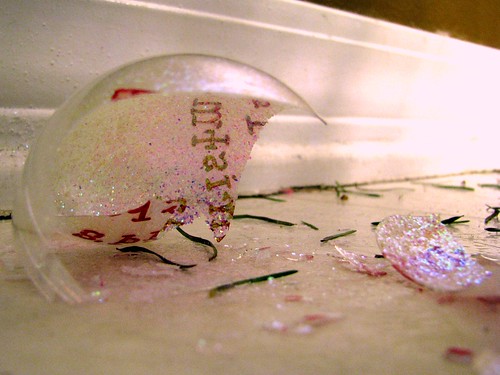 As many of you know, I’ve spent some time declaring that the War on Christmas is bullshit. In the past, I’ve hinted that it’s a smokescreen perpetrated by a certain news channel to blind the masses to how they’re getting screwed or a ploy by a cynical media whore to garner a little more attention for himself. but no more. The War on Christmas is real and it’s time we took up arms to defend our traditions.

What the hell am I talking about? The Reese’s Christmas tree candy, that’s what. Each holiday season, the Hershey Company puts out a special edition of the Reese’s Peanut Butter cup: an egg for Easter, a pumpkin for Halloween, and a Christmas tree for the Yuletide season.  To say that these candies don’t actually bear any resemblance to anything other than a blob of chocolate-covered peanut butter is an understatement; the Christmas edition looks about as much like a Christmas tree as Santa does Baby Jesus. Check it out: People are tired of this kind of crap, you guys. I know this because I read an article on Fox that said so. Titled “Reese’s fans think special edition Christmas tree candy look like ‘turds‘” (which may be the most awesome headline in the history of journalism), the author says that the candy’s shape is “more fecal than festive” and that disappointed fans have taken to social media to express their disapproval. They give several examples of those comments and tweets, the best of which comes from someone going by @shelflife_shop, who said “#reeses you call it a tree. I think the rest of us see it as a turd.” Amen, @shelflife, a-freakin’-men.

Now, some folks might point out that the confection is such a delicious combination of peanut butter and chocolate that it doesn’t really matter what it looks like. Or, that if you’re busy stuffing it in your mouth, you won’t have time to notice its shape. And, of course, some wag is sure to say “Isn’t the Christmas tree a pagan symbol?” Maybe it was once, but like everything else in this country, it’s been assimilated into the Christian faith (Resistance is futile, so give it up, you hippies). But, all that misses the point, which is that this is yet another assault on the season where we celebrate the birth of our savior by eating too much, buying people we don’t really like crap they don’t really need and assuaging a year’s worth of guilt by volunteering at a soup kitchen or writing a big check for agencies that help “less fortunate” (which is the preferred option, since we can write it off on our taxes).

Is this as stupid as the furor over the Starbucks cup last month? Of course, it is. But, what’s Christmas in America without all little faux outrage these days? Without it, I might actually have to think about how fucked up things are in this country. God knows we can’t don’t want that.