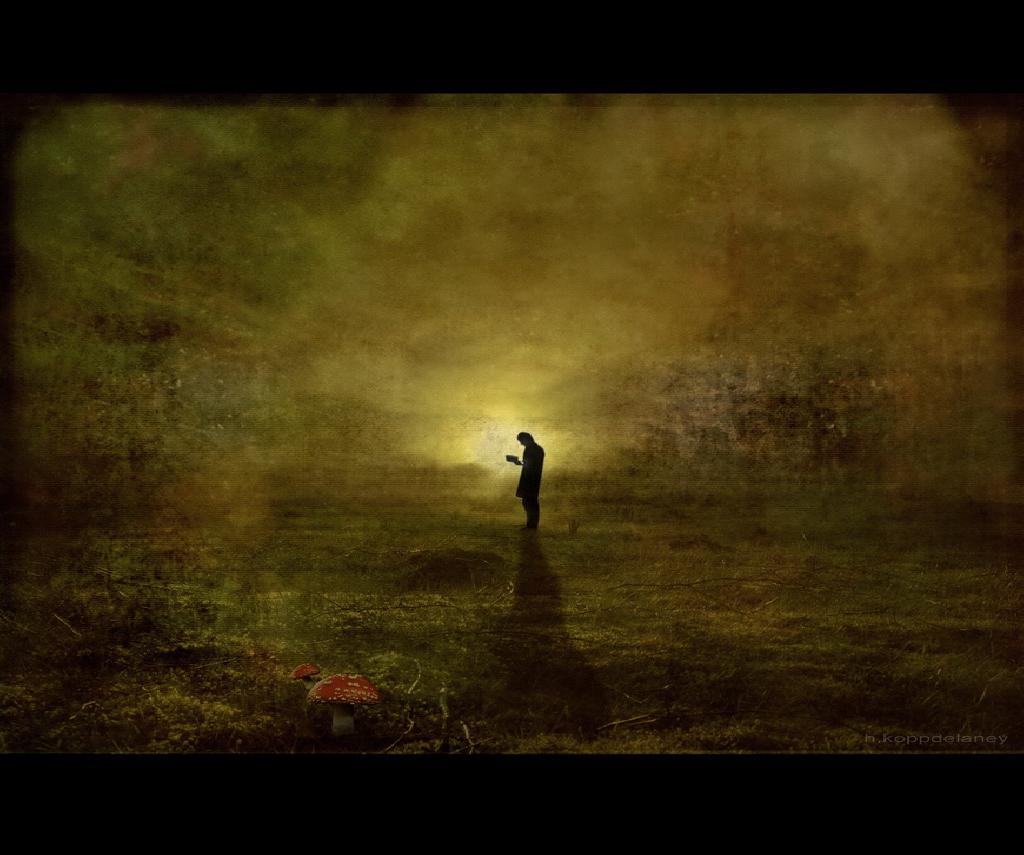 The term “dark night of the soul” comes from a poem by St. John of the Cross, a 16th century Spanish Christian mystic. The poem is about the journey of the soul from the body to Heaven. This journey is called “The Dark Night” to represent the difficulties and hardships encountered on the way. While you may be familiar with the term, this probably isn’t what comes to mind. For most of us, “dark night of the soul” has more to do with doubts about about God and our spiritual journey. Probably the most famous case is that of Mother Teresa, whose own “dark night” lasted over 50 years with only brief periods of relief. In a letter to Rev. Michael van der Peet, she said “Jesus has a very special love for you. [But] as for me, the silence and the emptiness is so great, that I look and do not see, — Listen and do not hear — the tongue moves [in prayer] but does not speak … I want you to pray for me — that I let Him have [a] free hand.” I know what she’s talking about, because I feel that silence and emptiness.

In his latest book, Rob Bell quotes Jane Fonda talking about why she became a Christian. She told an interviewer “I could feel reverence humming in me.” Then, Bell goes on to talk about experiences some people have had, “…moments and tastes and glimpses when we’ve found ourselves deeply aware of the something more of life, the something else, the sense that all of just might mean something, that it may not be an accident, that is has a profound resonance and that it matters in ways that are very real and very hard to explain.”

I have the absence of experience, but I have not experienced the absence of God because I’m not sure I’ve ever experienced the presence of God. I’ve never had that big God moment people talk about where God knocked me to my knees (or, in the case of charismatics, laid me out completely). Hell, I’ve never even felt my heart “strangely warmed” a la John Wesley. As for the “reverence” Fonda was talking about,  I don’t know if I’ve felt it, but I have had those “moments and tastes and glimpses” Bell refers to. And, it’s maddening because I never seem to get any further. It seems like that “big God moment” I spoke earlier is just beyond my finger tips, remaining the least bit out of reach.

F. Scott Fitzgerald wrote, “In a real dark night of the soul it is always three o’clock in the morning”. If you’ve ever worked 3rd shift or pulled an all-nighter cramming for an exam, you know what he’s talking about. At 3 o’clock in the morning, your body is at it lowest ebb and it’s a struggle just to stay awake, much less alert and active. You begin to wonder if you can keep going and think the sun is never going to come up. In the physical world, the sun always rises and you feel renewed. In that dark night of the soul, the hands on the clock don’t move, the sun doesn’t come up and you don’t feel renewed. Once in a while, though, the sun peeks over the horizon just a bit and giving you enough to keep hanging on.

I keep hanging on, hoping for that “big God moment”, to feel “the reverence humming in me”. While there are moments when I see the sun peek over the horizon and those things are close, most of the time it feels like three o’clock in the morning. When it’s been too long since I saw the sun and I begin to doubt and wonder if God is there or if the whole thing is just a figment of my imagination, I tell myself it’s okay to doubt, to wonder. I remind myself there have been times the hand of God was present even if I didn’t feel it. But, is it so much to ask that the hand be a little heavier?