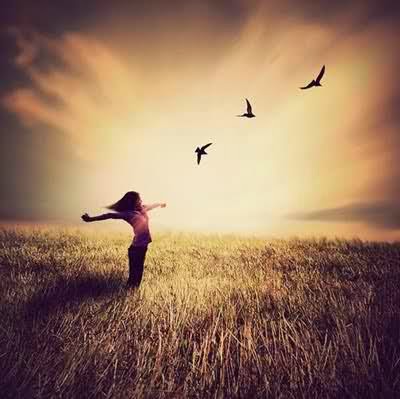 As is the family custom, I went to my mother’s for New Year’s. There was a little work to do around the place, but the real reason I went was for the black-eyed peas and collard greens; another family custom. Actually, it’s an old southern tradition that’s supposed to bring good luck and money throughout the year to come. While we’ve followed the custom for quite a while, it doesn’t seem to have had any great effect. This year, she told me she fixed it all these years because it was my dad’s favorite meal.

After lunch, we indulged in another family tradition: a long, rambling conversation at the dinner table. As it often does, the subject eventually came around to my father. We were talking about his last days and I said something along the lines of accepting the fact that it was probably in my future as well since I have cancer myself (in remission currently). Mama, however, felt that I should keep a more positive attitude.

It’s not the first time I’ve had that conversation. Diana have talked about it before and she sides with my mother. Really, their problem is not so much me talking about the way I’ll die as it is that I acknowledge a long and healthy life may not be in the cards for me. Don’t get me wrong, I’m not expecting to die tomorrow; I merely accept the possibility that I may not be around to celebrate my 60th birthday (I’m 52, by the way). They both consider this negative thinking, but it’s not. My acceptance of that fact has made a huge difference in my life.

I know that sounds weird, but let me explain. We all know that everyone’s days are numbered (as the late Jim Morrison said “No one gets out alive”). And, that we’re all afraid of what we don’t know and that death is the ultimate unknown. Consequently, most people spend all too many of their days looking for ways to distract themselves from this fear. It works,,,, for a while. Eventually, however, we all come face to face with our mortality. When you do, I can assure you all those distractions fade away and the important stuff comes into intense focus. When I say “important stuff”, I’m not talking about paying bills, fixing the house or advancing in your career; those are the very distractions I mentioned earlier. For me, the “important stuff” is setting a good example for the people in my life, doing whatever I can to make this world a better place, preparing my children for adulthood, living life as fully as humanly possible. In short, the “important stuff” is whether I love well and make a difference in the world.

In 2007, when I was first diagnosed with colon cancer, they didn’t know if I’d survive. I had a complete blockage in my descending colon and the surgeons were unsure if I’d make into surgery before it ruptured (which is a very, very bad thing, believe me). I came through, relatively unscathed, with two pieces of wisdom to impart: