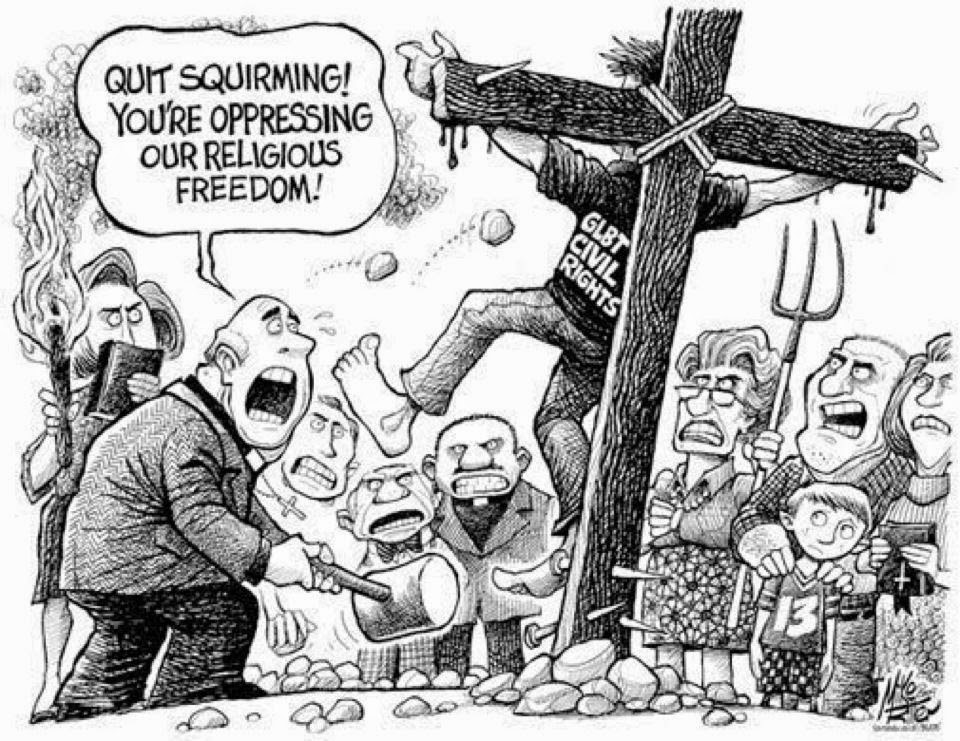 Ever since the issue of marriage equality popped up on the national radar, conservative Christians have been worried about being “persecuted for their beliefs” (and by “persecuted for their beliefs”, I mean “not allowed to shit on gay people anymore”). We’ve heard about bakers getting in trouble for refusing to make cakes for “gay” weddings, fears that pastors will be prosecuted for preaching against same-sex marriage, clerks of court being ordered to issue marriage licenses to gay couples, etc. That last example brings us to Casey Davis, clerk of Casey County, Kentucky.

Like his associate, Kim Davis of Rowan County, Casey has refused to issue marriage certificates to couples who are LGBT. However, unlike Ms. Davis, Casey has not just refused to issue marriage licenses, he’s taking his protest of the Supreme Court’s decision to a new level: martyrdom. That’s right, beloved; Casey Davis says he is willing to stand by his belief that marriage is exclusively between one man and one woman even if it kills him. In his words: “Our law says ‘one man and one woman,’ and that is what I held my hand up and took an oath to and that is what I expected. If it takes my life, I will die … because I believe I owe that to the people that fought so I can have the freedom that I have, I owe that to them today, and you do, we all do.” He also said that there is a “war on Christianity” and that the Court’s action was “completely unconstitutional.” Well, okay then.

There are a couple of things wrong with Davis’ statement. First, the law that said “one man and one woman” was overturned by the Supreme Court’s Obergefell decision. That means it isn’t the “law” anymore and, as a government official, he has to respect that. If he can’t, then he should resign, as Governor Beshear told him. Second, it’s awful easy to say you’re willing to be martyred over a belief that no one actually wants to kill you for holding. Lastly, I may be wrong about this, but as the Supreme Court is the ultimate arbiter of what is or isn’t constitutional in this country, a decision from them can’t be unconstitutional.

But, let’s be clear: not being allowed to discriminate against others is not persecution. I can’t believe we have to keep talking about this, but since we do, can we talk about why some Christians need a freakin’ law to get to them behave the way the man they claim to follow asked?

When Jesus encountered someone who had been marginalized by the dominant culture, what did he do? Did he tell them they had straighten up and conform (i.e repent of their sin) before he’d have anything to do with them or did he welcome them with open arms and love them unconditionally? It’s the second option, in case you’re wondering; the first was the Pharisees’ gig. Now, just in case I’ve put too fine a point on things, let me say this: Going out of your way to deny historically marginalized people their God-given, lawfully accorded rights because you think your Christian faith requires that means you have no fucking idea of what it means to be a Christian.