This started out as a piece of flash fiction that kind of got away from me. It was inspired by people I actually know and Joe Lansdale’s Hap and Leonard series. Enjoy. 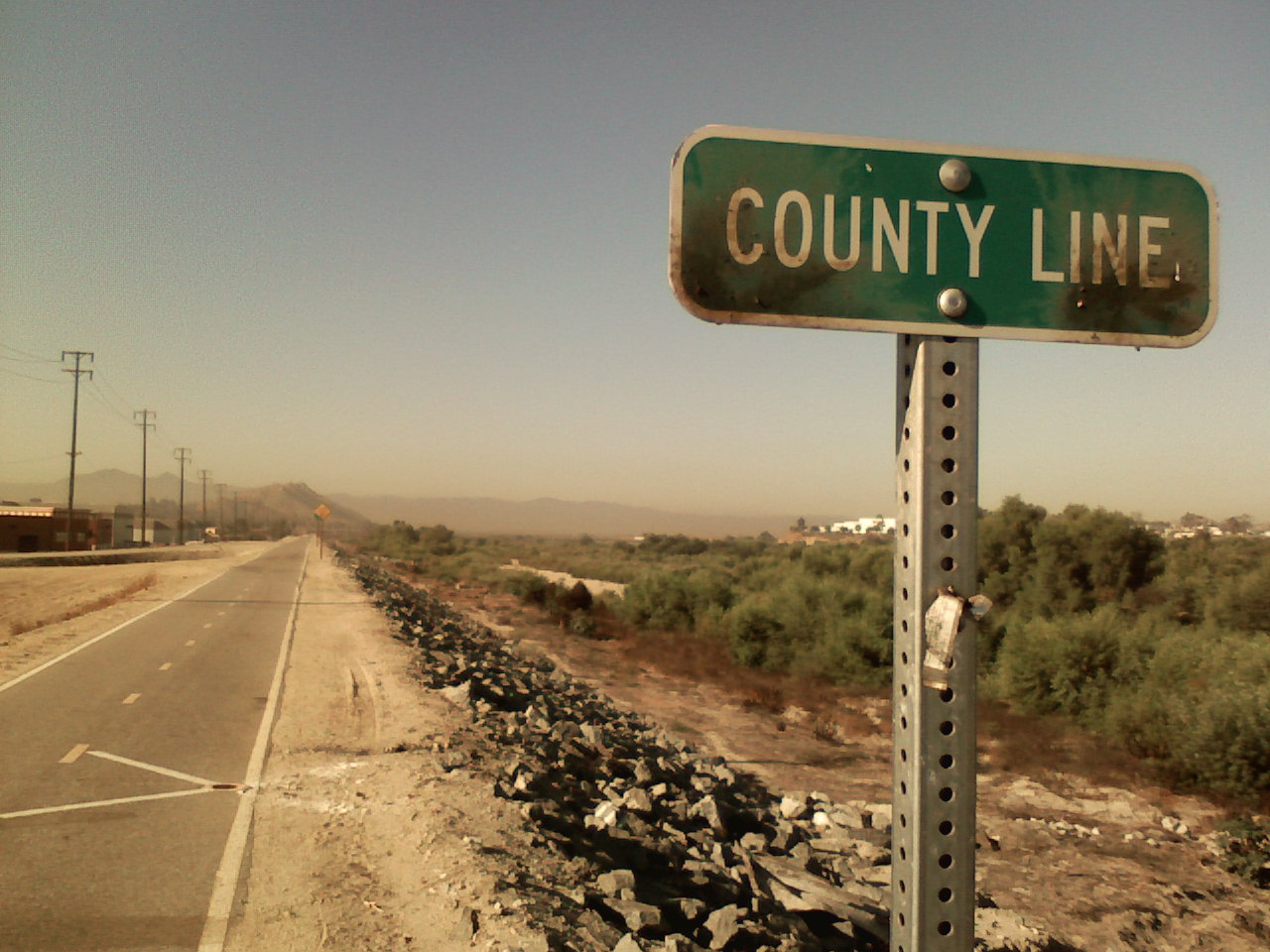 “So, what are we doing?” Jack looked at his brother as they drove over a mass of potholes that used to be a road.

Charley sighed. “I done told you twice. We’re going over to King Henry’s to see if Ricky’s there.”

Jack was silent for a moment, then asked, “What makes you think that little turd ‘ll be at King’s place?”

Charley steered the truck around a particularly big pothole and said, “Because King’s has got all the stuff a growing boy like Ricky wants: liquor, girls, gambling, drugs. Plus, he wants to be a Soldado. I guess he don’t know those shitheads are the Outlaws’ bitches” Charley shook his head. “It’s just the kind of dumb ass idea he’d come up with.”

“Are you sayin’ Ricky ain’t that bright?” Jack asked as a grin began to play across his face.

“No, I’m sayin’ Ricky’s so god damned dumb, he couldn’t pour piss out of a boot if the instructions  was on the heel.”

“Because Cheryl asked me to.”

“Uh huh. You still trying to get in her pants?”

“I already did. Now, I’m trying to stay in her good graces so I can get in ’em again.”

“Yeah, I can see that. Man starts gettin’ it on the regular, he’ll do a lot to keep that situation goin’.” Jack sat for a moment, “That explains why you’re here. It don’t say shit about me, though.”

Charley smiled and said, “You’re here because you’re my brother and you love me.”

“I don’t know that I love anybody enough to get shot or stabbed or beat up. Especially over some pussy that I ain’t gettin’.”

“Okay, how about you don’t want to miss a chance of seein’ me get my ass whipped?”

Jack thought for a moment. “That’ll do.”

“King’s Roadhouse,” Charley read aloud as they stood in the parking lot. “Kinda grand-i-oise to use the word ‘King’ in connection with this shithole, don’t you think?”

Charley bristled at his brother’s critique. “Yes, it is. It means, ‘impressive’ or ‘fancy’.”

Jack snorted. “I’m sure there’s a word that means that, but it ain’t ‘grand-i-oise’. I call bullshit.”

“Really? You call bullshit?” Charley eyed him. “One of us went off and joined the Army while the other went to college and tried to better himself. Now, which one do you reckon has a better handle on words?”

Jack stopped. “Charley, you went to Chowan College for two semesters before you flunked out. That barely qualifies as “goin’ to college”. And, I wouldn’t call what you did while you was there ‘bettering yourself’.” He paused. “Now, if you had said defilin’ yourself, I could get onboard with that.”

Charley gave him a sour look, then said, “I want to argue with you, but I can’t.” He ran his hand through his hair. “Let’s get this over with. I don’t want to spend anymore time in this fuckin’ dump than I absolutely have to.”

They walked across the gravel parking lot, passing a pair plain jane work trucks that sandwiched a raised and customized F-250. “Look at that,” Jack said, indicating massive Ford, “I’ll bet it’s worth more than the idiot that owns it makes in a year.”

“Yeah,” Charley said, “What is it with these rednecks? I can understand a pick up, it’s useful. But, all these Camaros and Mustangs? You can’t carry shit in ’em.” He shook his head. “And, they ain’t picky, either. Most of these fuckin’ things are more Bondo and primer than they are sheet metal.” They continued across the lot.

The building itself was a big, clapboard two story affair with a porch that stretched all the way across the front. Like everyone else, they knew the first floor was ostensibly a strip bar, but also provided space for more illicit activities; there were alcoves all around the edges where the dancers and dealers drummed up side business. The second floor was where that business took place. There was a series of rooms off a central hall where, if the price was right, you could satisfy your urges in pretty much any way you wanted. They paused for a moment on the porch and looked at each other. Then, Charley opened the door.

Inside the bar was almost pitch black after the sunshine and it took a minute for their eyes to adjust. As he began to make out his surroundings, Jack noticed someone walking over to them. Before he could tell who it was, they spoke. “Jack Beasley, as I live and breathe.”

“Gina? Damn, girl. Been a long time since I seen you.” Gina Jenkins had been the closest thing to a girlfriend he’d had prior to joining the Army. She walked up and embraced him, pulling his face down to hers and kissing him so passionately that Charley looked away, uncomfortable. “Guess you missed me, huh?” Jack smirked.

She released him and pushed away. “Shut the fuck up.” She noticed Charley standing beside him and smiled. “Hey shug. Where you been hiding at?”  Before he could answer, she hooked her arm in Jack’s and said, “Y’all come with me,” and led them over to one of the alcoves. “How long you been home, Jack?” she asked as they sat down.

“A week or two,” he answered. “Gina, it’s good to see you and I’d love to catch up, but we’re looking for somebody.”

“I know.” She nodded toward a door diagonally across from them. “He’s in the backroom, playing poker with Billy Ray and the boys.” She looked around. “Listen, y’all be careful. Billy Ray’s took a shine to him and talkin’ about makin’ him a prospect.” She looked at Charley. “I know you wanta drag him back to his mama and all, but they won’t be happy if you do.”

“Who the fuck is Billy Ray?” Charley asked.

Jack shook his head. “Billy Ray Thomas?” Charley shrugged. “He’s the head of the Soldados, you dumb shit. Didn’t you do any recon beforehand?” The Soldado’s were an outlaw motorcycle gang who ran security at several of Henry’s establishments. Jack noticed his brother looking the direction Gina had indicated. “This changes things, Charley. We can’t just haul him out of the–. Where the hell are you going?” Before Jack could get up, his brother was already halfway to the room. He looked at Gina, “You might want to hide, ’cause this ain’t gonna end well.”

By the time Jack got to the room, Charley was already inside and, from the sound of things, was making his presence known. He heard some shouts and a loud crash and Charley came out holding a thin teenager with a mullet by the collar. The boy was struggling and cursing.

“Let go of me, you son-of-a-bitch!” he yelled at Charley. “Just cause you fuckin’ my mama don’t mean you got shit to say about me.”

Charley stopped and slapped the boy so hard across the face he would’ve fallen had Charley not been holding him up. “You don’t talk about your mother that way, you little shit.”

Just then, a large man in a black t-shirt and jeans stepped out into the main area. “What the fuck do you think you’re doing, Beasley? Put my boy down and get the fuck out of here, before we kick the shit outta you.”

Jack stepped up. “Who are you gonna kick the shit out of, you fat fuck?” He sensed rather than saw the man slipping up on his right and threw a wicked side kick into his midsection. The man crumpled to the floor, dropping the opened Buck knife he’d been holding. Charley dropped Ricky and gave him a quick punch to the head to immobilize him and then joined in. The brothers held their own for a while, but it seemed that, for every biker they took out the fight, two more appeared. Jack was beginning to worry that they would be overwhelmed and that wouldn’t be good. He and Billy Ray had a history and the big man held a grudge. They had to get out of there. He grabbed Ricky by the collar and began fighting his way to the front door, Charley right beside him. They were taking a beating, but they were making progress. He just wasn’t sure if that progress was fast enough. Before they knew it, though, they were out the door. Jack was looking around for their truck when a Jeep Cherokee SRT slid to a stop in front of them and Gina yelled, “Get in, you dumbasses!” They didn’t ask questions, just tossed Ricky in the back and jumped in. She tore out of the parking lot in a spray of gravel.

Jack sat up and laughed. “Well, that was sporty.” He touched his cheek and winced. One of the bikers had landed a blow that almost put him on the floor. “Oh, that’s gonna hurt in the mornin’.”

Charley, looking the worse for the wear himself, gazed back at the bar. “They’re gonna fuck my truck up something awful.”

Jack looked at him for a second and started to laugh. “We just humiliated a bunch of outlaw bikers on their home turf and you’re worried about your god damn truck?” He shook his head. “Classic fuckin’ Charley.”