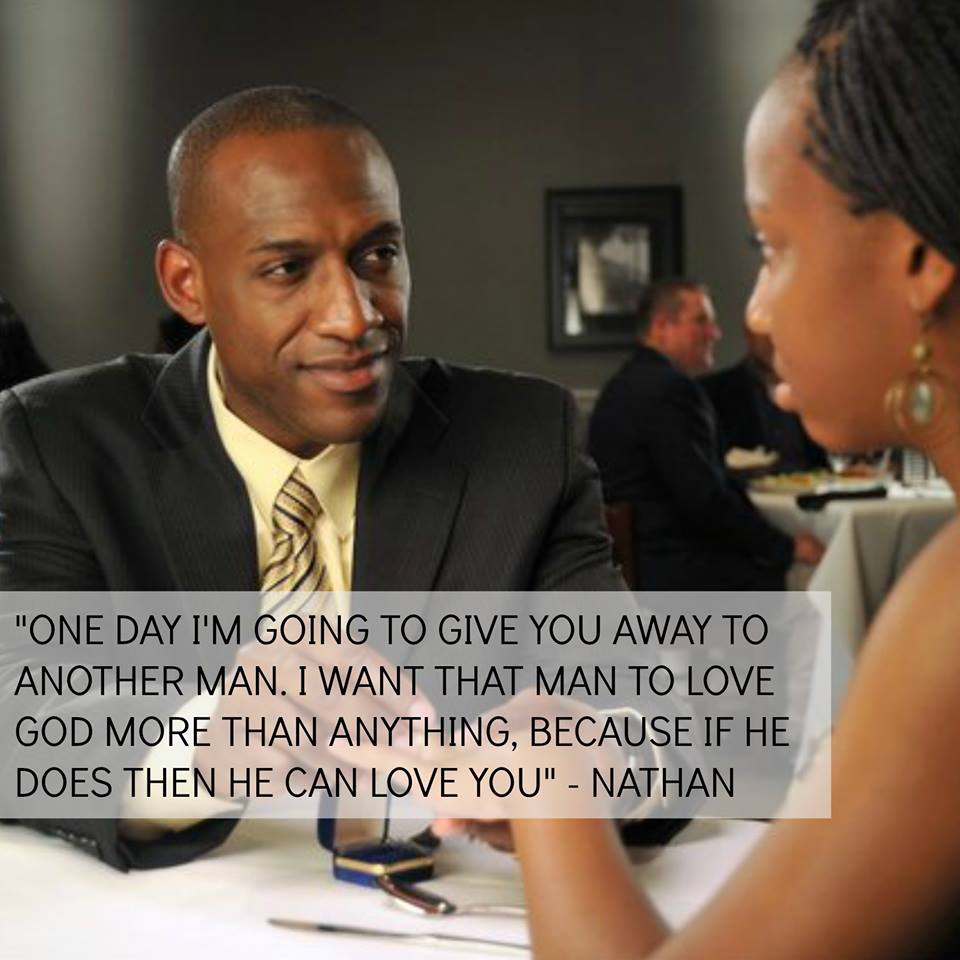 Recently, I saw this picture on Facebook and it rankled. It’s from the movie,  Courageous.  I don’t know much more about it than what I see in this picture and I’m kind of glad about that. Because anything that presents this image of fatherhood isn’t exactly what you’d call my cup of tea. If you’re wondering why, consider this: my daughter is an amazing young woman, not a possession for me to “give away”. And any man who loves God more than anything else should know that.

Okay, so saying I don’t know much about this movie isn’t exactly true (as is evident from the link). I mean, it was when I wrote that but, thanks to the Google, I found out it is yet another film from Sherwood Pictures, the production company that gave us such gems as Facing the Giants and Fireproof.  While that alone is sufficient reason to avoid it, the fact that Sherwood Pictures is a “ministry” of Sherwood Baptist Church is an even more compelling one. Personally, I think the good folks at Sherwood have confused “ministry” with “propaganda”.

As is often the case, I saw this a couple of days ago and filed it away because I was working on other ideas. Part of my morning routine is scanning social media for things to write about and this morning, my friend and pastor, Michael Usey, said he had recently been dropped as the officiant of a “ritzy, upscale wedding” because he refused to say “Who gives this woman away?”. Now, that phrasing is considered standard in some churches, so why would a Baptist pastor refuse to say it? In Michael’s words:

“I explained that women weren’t chattel, that she had quite clearly already given herself away, that I wasn’t a florist that she could direct exactly what I would say, so I don’t offer that line.”

Some might call it a “sign” that he posted this just a few days after I saved the photo and idea. Now, I don’t really believe in signs; so let’s call this a “happy accident”.

Let me repeat what Michael said: women aren’t chattel. My God, it’s 2014, people; when are we finally going to give up an idea that was bankrupt when it first originated? Seriously, we live in the United States, a country founded on the concept that all people are created equal (even if we don’t live up to that idea very often). Not only that, we claim to be Christians (in this instance, at least), a group whose greatest apostle said

If there was ever an argument over equality, that verse settles it.

If you think this issue has my dander up, you’re right. Why is that, you ask? Well, besides the fact that viewing women as the property of men is despicable, there’s the matter of my children. As I mentioned earlier, I have a daughter. Actually, I have two and one of them is getting married next month. I have no idea what the pastor might say during the service, but I’m hoping the antiquated idea of me “giving” her to her future husband isn’t part of it. Because, she is a living, breathing human being with thoughts, ideas and dreams of her own; not some family heirloom to be passed along to a “deserving” young man.