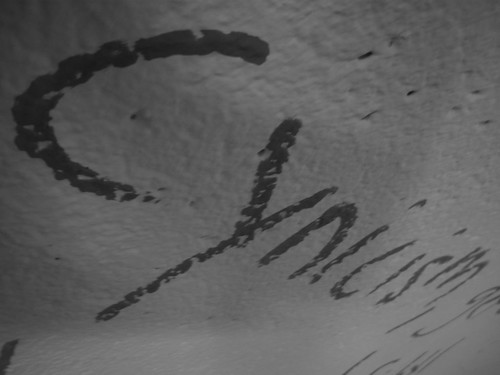 I’ve written articles sourced from Relevant magazine a couple of times in the past (most recently here) and, I have to admit, it’s publication I find utterly fascinating. As I mentioned in the linked post, Relevant is an evangelical Christian magazine aimed at millenials and has ties to the very conservative Strang Communications. But, why would such a magazine catch my imagination this way? Because you never know what you’re going to find there, that’s why. In the latest email blast (aka Relevant This Week), the featured articles are on abortion, shitty things the church does, and spirituality in late-night television. Is it just me or would this make a  great line-up for an adult game of “One of these things is not like the other“?

Read the articles and you’ll see the differences go even deeper than the subject matter. The first two come off exactly the way you’d expect from a magazine with Relevant’s pedigree. The first article is a thinly veiled attempt to say America is entirely too permissive when comes to abortion and the second one, about douchey church practices, is filled with the tortured Christianese that permeates the evangelical world. But, the piece on late-night television actually approaches its subject in a thoughtful and nuanced manner. I know, right?

That’s not to say it’s good, though. The basic idea in the article is “cynicism  = bad, happiness = good”. This is gleaned from the sentence, “The fruit of the spirit is love, joy, peace, patience, kindness, goodness, faithfulness, gentleness and self-control. Outrage, anger and cynicism are notably absent.” The problem with this line of thinking is that completely ignores a long biblical history of cynical assholes calling society out on its abject shittiness: aka, the prophets.

No one in their right mind would ever call Elijah, Elisha, Hosea, etc. anything but outraged, angry and cynical. Elijah had terrible things to say about King Ahab and his queen, Jezebel, and even went so far as to prophesy that when the king died, his line would be obliterated and his wife would be eaten by dogs. Elisha got pissed at some kids for making fun of his baldness and called down a curse on them; which led to a bear coming out of the woods and mauling 42 of the little bastards. Then, there’s Hosea, who married a prostitute to reflect the adulterous relationship the Israelites had built with other gods. Hell, even Jesus fell into this way of thinking now and then, calling the Pharisees everything from hypocrites to a “nest of snakes” (or a “brood of vipers” if you want to go old school), cursing a fig tree for being barren and chasing the money changers out of the temple with a whip. Despite what Jesse Carey (author of the Relevant article) thinks, outrage, anger and cynicism have a prominent place in Christianity.

Rather than Carey’s Pollyanna-ish take on Christianity, my feeling is more along the lines of “If you aren’t outraged, then you just aren’t paying attention”. Sometimes, things get bad enough that I even subscribe to H. L. Mencken’s contention that “Every normal man must be tempted, at times, to spit on his hands, hoist the black flag, and begin slitting throats.” Is that cynical? Sure, it is. But, my cynicism is born out of a frustration with the shit I see in this world. Personally, I think if you’re not cynical, you’re not paying attention.

To be fair, Carey does say that there are times when outrage is called for, but then he says “but that shouldn’t be our default posture. Christians—more than anyone—should be optimists. We’re taught to pray that things will be “on earth as it is in heaven.” That may be true, Jesse, but we’re also called to make things on earth as they are in heaven. And, that’s probably not going to happen if folks don’t get a little outraged, angered and cynical first.