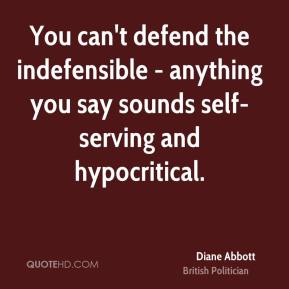 Because of the Ray Rice story, domestic violence is the hot topic lately and I’m a little pissed about that. I’m pissed because Janay Rice had to get punched and drug out of an elevator like a sack of laundry for this to become a topic of national conversation. I’m pissed because Americans only seem to give a shit about things like this when a celebrity is involved. And, I’m pissed because some people are actually defending him for something that is totally indefensible.

Oh yes, hard as it might  be to believe (I say that sarcastically, because it’s all too easy to believe), there are actually people out there taking up for a 200 lb professionally trained athlete at the top of his game who cold-cocked a woman about half his size. They say she was asking for it, that she came at him. They say that he’s been trained to hit, it’s a reflex. They say she hit him first, so it’s okay that he hit her back. Frankly, that kind of shit makes me sick.

Of course, the NFL’s reaction to the whole thing makes me just as sick. After an “investigation”, Rice was suspended for two games. Two whole games. Hell, Josh Gordon got a year’s suspension for smoking weed on his on damn time. Everyone, even league officals, knew it was ridiculous. Just as ridiculous is the fact that it took public outcry to get them to admit it. And, now that the more damning video footage from inside the elevator is out, they’ve had to back pedal even more, with the Ravens cutting Rice and the NFL conducting a deeper probe to see if they actually did have that footage as the AP claims they did. I suspect they had it, but protecting the brand (and, for the Ravens) wining games was more important than doing the right thing.

I don’t know why, but Americans have a habit of defending the indefensible these days. From the blatant transgressions of sports figures like Ray Rice and Kobe Bryant to the abject greed of corporate CEO’s who make as much as 354 times what their employees do, heinous deeds abound in the “land of the free”. And, not only do we allow them to happen, we condone them.

That approval goes beyond defending Rice’s actions or complaining about fast-food workers asking for a living wage, however. Even though, I’ve never defended anyone for battering someone else and I wholeheartedly believe in raising the minimum wage, I condone these despicable acts, too. I do it every time I watch a game, buy merchandise or patronize the sponsors of those broadcasts. I condone the greed of corporations and their stockholders when I shop in their stores, eat in their restaurants or buy gas at their filling stations. I can shout my displeasure from the rooftops with these people and organizations all I want, but the truth is, my protestations ring hollow when weighed against my actions.

The knowledge food at McDonald’s is slowly killing me and that Wal-Mart’s merchandise isn’t of the highest quality (often, it’s not even worth the insanely cheap prices they charge) should help me live my convictions and not put money into the coffers of people who take advantage of their employees in such a grievous manner. The same goes for the fact that the world would go on turning if there was never another professional football game played. But, it doesn’t. Because continuing to do these things is soooo much easier than the alternative.

In 25th chapter of Matthew, Jesus appealed to his followers to care for “the least of these”. At the moment, I can’t think of better representatives of that group than battered/abused women and low-wage workers. And, it bothers the shit of out me that I am complicit in their abuse. Even worse, as much as it bothers me, I’m not sure I’m willing to do what it takes to end that complicity. The fact that I seem to be more concerned about making my life easier than doing what Jesus wants says something about me and my faith. And, I’m pretty sure I don’t like it.