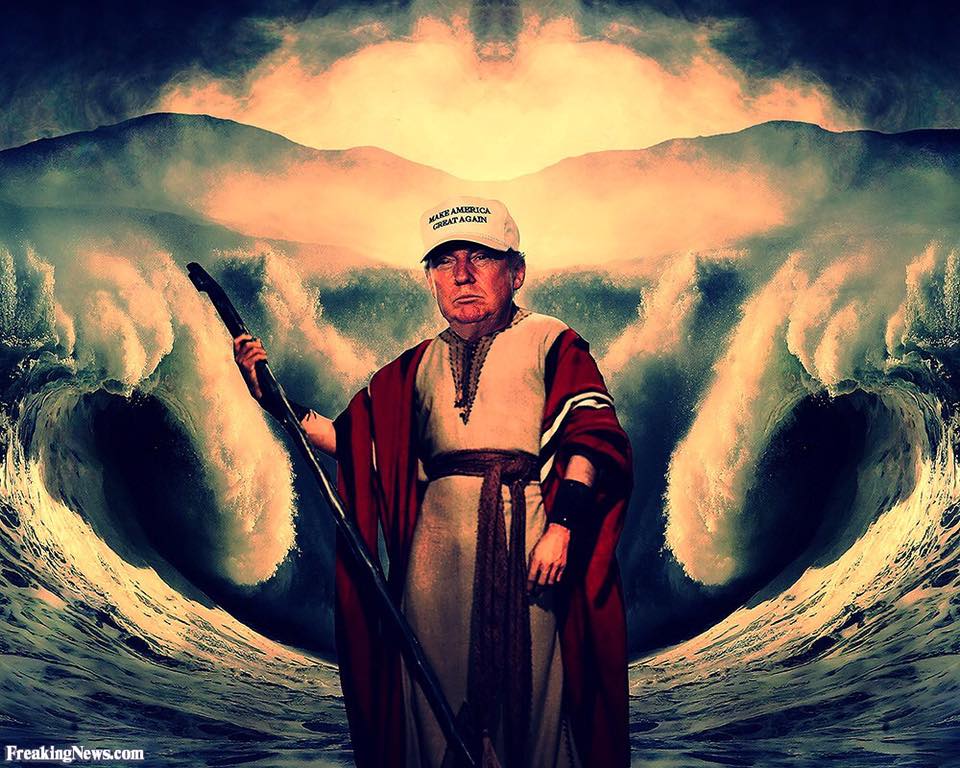 If you’re thinking “What the fuck?” right about now, I don’t blame you. When I heard that shit, I was stunned myself. But, it’s true; Donald Trump is the messiah…, or, more likely, the harbinger of the messiah, a la John the Baptist. Well, according to end times author and lecturer, Thomas Horn, he is.

Horn bases most of his claims about Trump on the words of some Orthodox Zionist rabbis who have reconstituted the Sanhedrin and are pushing to rebuild the Temple. I’m guessing these rabbis view Horn and compatriots as useful idiots who will help them reach that end. Which probably is okay with Horn and his end times believing pals because they think the rabbis are all dirty Jews who will be cast into the lake of fire when Jesus comes back. It’s what you might call a weird evangelical/Orthodox mutual contempt society.

This insanity is way to convoluted to get into with any depth here. Basically, it sounds a lot like this clip of Cartman explaining the 9/11 attacks from South Park’s “Mystery of the Urinal Deuce” episode:

All things considered, Horn’s pronouncements are not bad. It’s all bullshit, of course, but still not bad; for entertainment value, that is. Horn has some game in this arena, but even with all his “Trump is the messiah” talk, he’s still no William Tapley, the self-proclaimed Third Eagle of the Apocalypse and Co-prophet of the End Times. But then, who is, beloved? Who…, is.