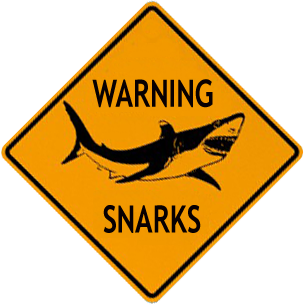 So far, it’s been one of those days. Not in a bad way, though; my snark-o-meter has been going babies (that’s an Adventure Time reference for all you hopeless squares). It’s always a good day when that happens. As usual, I began my writing process with some morning reflection. Just a few minutes in, I found a link to Ship Your Enemies Glitter, a company that will (for a fee, of course) ship people you don’t like an envelope full of glitter. Since we’ve all had experience with the nuisance that is glitter, I’m sure I don’t have to say anymore than that. But, what about those times when a package full of irritating bits that get everywhere and stick to everything just isn’t enough? For those instances, there is Shit Express. Yes, friends, for the low, low price of $16.95, you can send your favorite(?) asshole a literal box of shit. And, here’s the best part: it customizable! You get to choose the animal and decorations for the box it will be delivered in. Can you say “awesome”?

As good as it already was, my morning got even better when I found that NASCAR bad boy, Kurt Busch, is bat-shit crazy. It appears that when Kurt’s relationship with his ex-girlfriend began circling the drain, he got a little physical and she requested a “no contact” order against him. While this sort of thing is a sad and all too common occurrence, it’s really not what you’d call “crazy”, is it? Well, hold onto your hats, beloved, because here comes the nuttery: in open court and under oath, Busch claimed that his ex, Patricia Driscoll, is a trained killer sent on covert missions around the world. Whether Busch actually believes this or if he’s attempting to wreck Driscoll’s credibility, I couldn’t say. But, it doesn’t really matter, does it? Either way, it’s some crazy-ass shit.

You might think that, after learning about all of this stuff, things would settle down. But, you’d be oh, so wrong. Within a few minutes of finding out the driver known as “The Outlaw” on the NASCAR circuit might have a few loose screws, I read an article quoting Al Mohler, president of the Southern Baptist Theological Seminary. According to Al, a couple recent scandals illustrate “the depth of the chasm that separates evangelical Christianity from more liberal Protestant denominations, in particular the Episcopal Church.” Nice, huh? Just wait, it gets better. A few sentences into this piece on Baptist News, I read this:

“Mohler acknowledged that evangelical Christians have their own share of moral scandals but said the two groups hold to a “different moral code”.

After a minute or two, I began to wonder if was it possible that he actually got this one right? Do liberal and evangelical Christians have different moral codes? Of course, any answer I could give here would be totally subjective, but that’s okay because Al’s statement is also totally subjective. That said, let’s look at a few of these “moral scandals”.

On the more liberal mainline side, Mohler’s already done our work for us, pointing out Episcopal Bishop Heather Cook’s recent charges for manslaughter and drunk driving. He also referenced the resignation the Very Rev. Katherine Hancock Ragsdale as dean and president of Episcopal Divinity School in Cambridge, Massachusetts after a rather turbulent term in that office. Reading the referenced article, I really didn’t see much of a scandal. But, when I went back to the Baptist News piece, I figured out what he was talking about: Rev. Ragsdale is “openly lesbian and pro-choice”,  which is a double whammy to guys like Mohler. Like I said, I don’t see it, but I’m feeling magnanimous today, so I’ll let have that one.

Now, for the evangelical side. Let’s see, a few years ago, an evangelical pastor by the name of Ted Haggard admitted to smoking meth and having sex with a male prostitute. And, evangelical pastor Mark Driscoll recently resigned as lead pastor of mega-church Mars Hill in the wake of revelations of power grabs, unsavory and distinctly unChrist-like comments (e.g. “penis homes” and “pussified nation”), plagiarism and sexual attitudes that make Mohler’s look positively enlightened. Turn the clock back a few years and we find scandals involving evangelical pastors Jim Bakker and Jimmy Swaggart. Bakker allegedly raped a young woman and defrauded countless people. And, Swaggart? It seems that Jimmy, a good Assemblies of God pastor who preached more than a few sermons against “licentiousness” likes to visit prostitutes, being caught in the act twice. Wow.

So, on one hand we have an Episcopal bishop who has a history of driving while intoxicated and the dean of an Episcopal school who is gay and pro-choice. On the other, we have a long and sordid list of lies, sexual immorality, sexism, fraud, hypocrisy, law-breaking…, well, I think you get my drift. So, it looks like Al’s right: liberal and evangelical Christians do hold to different moral codes. Who’da thunk it?