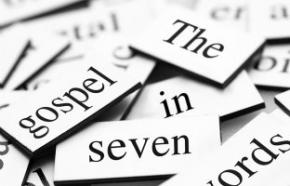 Like most of you, I’ve been watching the events unfolding in Ferguson, Mo over the past week and a half. I haven’t said much about it, in part because I didn’t know what to say. I keep hoping I’ll get up in the morning and see that tensions have de-escalated and the folks in that community have had a peaceful night. So far, that hasn’t happened; if anything, it’s gotten worse. Michael Brown has been portrayed as a thug who got what he deserved and the police have been painted as arrogant, power-hungry assholes who are just looking to fuck up some poor black kid, simply because he’s black. Meanwhile, the violence just keeps getting worse. I still don’t know what to say, but this morning, I was reminded of a story Will D. Campbell used to tell.

In 1965, a young man named Jonathan Daniels answered Dr. King’s call for students and clergy to assist in the civil rights movement. Daniels made two trips to Alabama: the first to take part in the Selma to Montgomery Marches (which turned into an extended stay) and a second where he worked tutoring children, helping people in poverty apply for aid, and registering voters. It was on this second trip that things turned ugly (as if what happened on the Edmund Pettis Bridge wasn’t ugly enough).

In August of 1965, Daniels and a group of 29 other protesters were arrested while picketing whites-only stores in Fort Deposit, Alabama and taken to jail in Hayneville (the county seat). After several days, everyone was released without transport back to Fort Deposit. While the group waited for a ride, Daniels and 3 others went to a nearby store to get a cold drink. There, they found Tom Coleman, a special deputy, who shot Daniels in the chest with a shotgun, killing him. Coleman was charged with manslaughter but was acquitted by an all-white jury. In other words, business as usual in 1965 Alabama.

In his work with SNCC and other groups, Daniels had met and become friends with Campbell, a (white) Baptist minister who worked behind the scenes in the movement with the National Council of Churches and the Committee of Southern Churchmen. Campbell was devastated by Daniels’ murder and Coleman’s acquittal. At the home of longtime friend, P. D. East, he was railing at the injustice. In the past, East (an agnostic) and Campbell had engaged in several conversations about religion. Once, East asked Campbell to sum up the Gospel in ten words. Campbell thought for a minute and replied “We’re all bastards, but God loves us anyway”. In the midst of Campbell’s mourning, East pressed him on whether Daniels was a bastard and Will admitted that his friend was, indeed a sinner. Then, East asked if Coleman was a bastard and, again, Campbell agreed. Then, East asked “Which one of those two bastards do you think God loves the most – Jonathan or that sheriff? Now, you’re the one who always told me about how simple the gospel is. Just answer the question: Which one of those two does God love the most?” At that point, Campbell realized that Coleman was just as loved by God as Daniels was. And if he was loved, he was forgiven. And if he was forgiven, he had been reconciled. In a similar fashion, both Wilson and Brown are equally loved, forgiven and reconciled. Whether we like it or not.

In explaining his definition of the Gospel, Campbell said “…what it all means is so damn simple: We are bastards, but God loves us anyway. We’re forgiven, and if we can somehow manage to get hold of that fact, we can find the power to go and do likewise.” True words, Pastor Will. But sometimes, that fact is a little harder to get hold of than others.