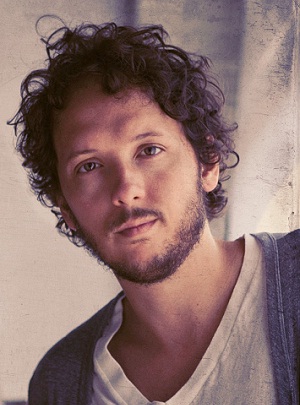 As there is a glut of articles flying around the blogosphere about Robin Williams (some good, some bad and some ugly), I’m going to refrain from including my voice in that cacophony. By this point, anything I could say has already been said and, if I said it anyway, would be a transparent attempt to generate blog hits. And, I just can’t do that this morning. Instead, let’s talk about Gungor-gate.

You may be wondering what the hell I’m talking about when I say “Gungor-gate”. It seems that contemporary Christian musician Michael Gungor has incurred the ire of evangelicals by stating his belief that the creation story in Genesis is not a literal, historic account of the world’s beginnings. So, evangelicals have gotten pissed when a Christian celebrity says something that articulately challenges their beliefs. In other words, same old same old.

I’ll be honest, I don’t know a whole lot about Michael Gungor other than he’s a musician that a lot of my Christian hipster friends think is the shit (although the cool kids are into David Wimbish and The Collection). Well, saying that’s all I know isn’t exactly true, as is evidenced by the previous paragraph. But, until he created the current shitstorm, it was true. Since I wasn’t exactly familiar with Gungor (the man or the band), I decided to listen to a few Gungor songs to see what all the fuss was about. They weren’t bad. Not necessarily my cup of tea, but not bad.

Musically, Gungor is relatively inoffensive, falling mostly the indie-folk genre that hipsters think is so new and fresh, but is really a update of what Dylan, Baez and Co. were doing 50 years ago; which, in itself, was  a revival of music from an even earlier age. Lyrically, Gungor is more impressive, writing songs that explore issues deeper than the superfluous twaddle that makes up most praise and worship music. Hell, I might actually sing some of these songs if they made into a Sunday worship service.

But, this fracas isn’t really about music, it’s about someone straying from the “Christian” (i.e. evangelical) fold. According to World Magazine, Gungor drifts from biblical orthodoxy. Ken Ham, the leading voice in Creationism has called on Gungor to apologize for, in his words, “calling Jesus a liar”. And, Christian Post refers to Gungor’s “unorthodox theology”. But, here’s the thing: Gungor has not strayed from orthodoxy and he didn’t call Jesus a liar. Don’t think so? Take a look at what St. Augustine, quite possibly the foremost Christian theologian in history, had to say about creationism:

“Usually, even a non-Christian knows something about the earth, the heavens, and the other elements of this world, about the motion and orbit of the stars and even their size and relative positions, about the predictable eclipses of the sun and moon, the cycles of the years and the seasons, about the kinds of animals, shrubs, stones, and so forth, and this knowledge he holds to as being certain from reason and experience.

Now, it is a disgraceful and dangerous thing for an infidel to hear a Christian, presumably giving the meaning of Holy Scripture, talking non-sense on these topics; and we should take all means to prevent such an embarrassing situation, in which people show up vast ignorance in a Christian and laugh it to scorn.”

So, Augustine backs up Gungor’s ideas about Genesis. And, as we all know, it doesn’t get much more orthodox than good ol’ Auggie.

As for Ham’s contention that Gungor called Jesus a liar, that’s just ridiculous. His visceral reaction to Gungor’s words are straight out of the conservative playbook: when, you can’t refute an argument with truth, logic or reason, attack. And, attack he does, saying “… He needs to be told that he needs to apologize for the tone of the article and the way he attacked Christians who believe God’s word in Genesis and believe in Noah’s flood. He needs to apologize for that and he needs to write in a respectable way.”  But, for Ham, this isn’t really about “calling Jesus a liar”; it’s about protecting his empire, i.e. The Creation Museum and Answers in Genesis. Ham is heavily invested in creationism (both monetarily and spiritually), so while his reaction isn’t exactly Christ-like, I suppose it is understandable.

In the blog post that started it all, Gungor said “I am saying this because I used to stand as a fundamentalist myself and felt threatened by anything more complex than a simple reading of the biblical text.” I italicized that last bit, because that’s what it’s really all about. It’s cognitive dissonance in action. When people hear something that challenges a long-held belief, they often react badly. These people need our love and support to work things out. If they do so in a manner we agree with, great. If not, well, we still have to love them. I don’t really like it, but I think that’s what Jesus meant when talked about taking up our cross and following him.