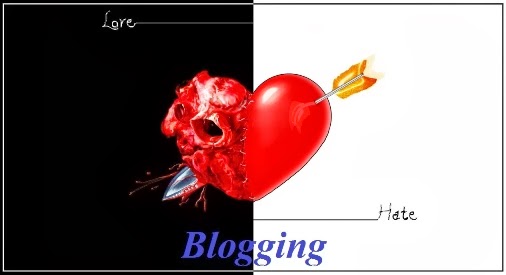 So, Listly’s “Christian Blogs You Should Be Reading” 2014 edition is out and, happily, the top 25 reads like a who’s who of progressive/emergent Christian bloggers. Rachel Held Evans is holding down the top spot, followed by Benjamin Corey’s Formerly Fundie, Nadia Bolz-Weber, Jamie, The Very Worst Missionary and, this one makes me particularly happy, Kimberly Knight in 8th place (I have a friend in the top ten!). While there is much to be happy about this year (like the fact that uber-douche Matt Walsh is nowhere to be found), I hate that fucking list. Why, you ask? Because I’m not on it.

When you’re on them, lists are the greatest thing ever. Conversely, when you’re not, they pretty much suck ass. This is especially true for me. Combined with the dismal numbers I’m seeing on The Progressive Redneck these days, my absence from this list is like the internet is waving a sign in my face that says “YOU SUCK!!!“ You’ll notice this is a general “You suck” and not “You suck as a blogger”, “You suck as a writer”, etc. That’s because a normal person would most likely be able to separate this message of online suckage from the rest of their life and I believe it’s a well-established fact that I’m anything but normal. Trust me, finding out the internet thinks you suck isn’t fun.

It’s my fault, I suppose. Getting noticed in the blogging world is tough these days, what with all the blogs out there. It’s especially tough if you’re a just a regular person without a hook.

Now, you might be thinking “Why do you need a hook? Why not just write about your thoughts, feelings and beliefs?” Oh, how I wish it was that simple. The thing is, in Christian blogging (and especially the progressive variety), to have credibility, you really need some letters after your name. You know, the kind you get by going to college and seminary? You might think that a regular person blogging about making their way through the maze of Christianity, especially moving from a crazy cult to a more progressive faith, would draw a lot of followers. You could think that, but you’d be oh, so wrong. Therefore, a regular person needs a hook to be a successful blogger.

Unfortunately, most of the hooks available to regular people aren’t my cup of tea. I could, for instance, go the route of Matt Walsh (the uber-douche mentioned above) and be “edgy and controversial” which, in this case, is code for being a massive…, well, douche (I hate over-using that word, but it is so applicable). I tried that when I first started blogging and it worked; partly because I’m good at being “edgy and controversial” (aka, being “a snarky asshole”) But, after a while, I realized I didn’t like being “that guy”. More to the point, I realized being “that guy” didn’t exactly fit in with the progressive Christian message I thought I was promoting. So, I had to let it go.

Since “edgy and controversial” is out, another hook I could use revolves around abuse. In light of recent revelations, church/religious/spiritual abuse is all the rage and, as you might remember from some posts in the last couple of weeks, it’s a topic I am well-qualified to take on. But, here’s the thing: to do so, it feels like I have to wallow in my past and be pissed off about all the crap that happened to me. I mean, let’s face it, the internet doesn’t reward a happy ending nearly as handsomely as it does anger, spite and vindictiveness. Those are things I’m trying to get away from, not embrace.

As you read this, you may be wondering “What’s your point? Why are you dumping all this here?” The truth is, I’m not sure. This could a thinly veiled (and rather shallow) plea for validation of my blogging efforts. Or, maybe it’s just a rant about the general unfairness of the internet (decent guy trying to write with humility and grace can’t get arrested while overtly douchey asshole has massive following). It’s possible I hope someone will read this and add me to the list. (this one I’m not so sure about, as being added out of pity and getting zero votes might actually be worse than not being there at all). All I know for sure is what I’m telling myself: I hate that fucking list and I needed to say so. Out loud.