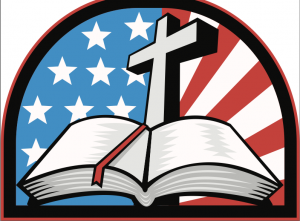 I truly admire Andy Schlafly. I would say I love him, but I might sound like a gay (not that there’s anything wrong that). I admire him because he’s fighting the good fight, just like his mom, Phyllis, has all these years. Andy is the owner of Conservapedia, a wiki site he founded to combat the liberal bias of Wikipedia. That alone is enough to earn him a place in the conservative pantheon, but Schlafly is not one to rest on his laurels. A few years ago, he started a project “to render God’s word into modern English without liberal translation distortions”. All I can say is, it’s about time.

To do this, Conservapedia has thrown open the door to “the best of the public“. While you may not have heard this phrase before, it relies on the idea that “extraordinary achievements are attained by ordinary people.” Especially since ordinary people don’t have all that pesky book-learning to get in their way. Don’t believe me? Look at David Barton; he’s no expert in history or constitutional law (he has a BA in Religious Ed from ORU), but that hasn’t kept him from attempting to redress the historical inaccuracies our children are taught about the Founding Fathers and the First Amendment (like Ben, George and Tom were evangelical Christians and America is a Christian nation). Schlafly believes his project needs more people like Barton and fewer eggheads with all their highfalutin’ knowledge of Greek and Hebrew, not to mention historical context (because none of that is really necessary to understand a book written in another language for a foreign culture 2000 years ago).

As I said earlier, Conservedia says that current versions of the Bible are beset by translation errors, namely in these three areas:

While the first two can’t be helped, the third one is a different story. It is also the most insidious, as it has allowed liberal bias into the sacred text. This has allowed liberals to twist and distort the holy word of God to suit their own socialist, America-destroying agenda. How do they do that? By using gender-inclusive language, promoting non-violence and forgiveness (because there’s no way Jesus actually meant “turn the other cheek” and “love your enemies”) and including stories that make it seem like the early church was some kind of hippie commune (like living together and sharing everything?). But, Schlafly and Conservapedia are going to fix all that.

The Conservative Bible Project has already completed a first draft of the New Testament which, I think, is great. In the Beatitudes, they’ve changed “Blessed are the meek” to “Blessed are the God-fearing” which is not so touchy-feely (because Jesus was not that kind of guy). The story of Jesus confronting the men about to stone a fallen woman? Gone, because it may not have happened (you mean like the Gospel of John?). In the Savior’s words at the end of the story of the rich young ruler, “It is easier for a camel to pass through the eye of a needle, than for a rich man to enter into the kingdom of heaven”, it has been recommended that the word “rich” be changed to “fully fed and entertained” or “idle miser” because, well, the original can make our wealthy brothers feel bad (we wouldn’t want their deep pockets to get shallow). “Peace be with you” gets changed to “Peace of mind be with you” (who wants to follow a wimpy, pacifist Jesus?).

I know all this might seem odd in light of conservatives’ insistence that the Bible is the inerrant word of God that must be taken literally (as long as it fits our agenda, of course). Don’t worry, it still is; this project just offers a few tweaks that get rid of some the more troublesome aspects like loving your neighbor (Sure, providing they’re just like me), turning the other cheek (seriously?) and not hoarding wealth (everyone knows Jesus was a capitalist). The stuff that applies to the gays and other people we don’t like? No problem there, it’s cool as it