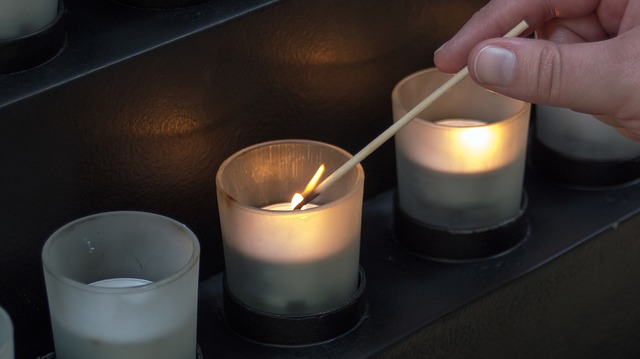 I had every intention of writing a humorous post about all the ridiculous shit that happened last week; things like Mike Huckabee getting bent out of shape over rainbow-colored Doritos, people losing their minds at finding out Pope Francis met with Kim Davis, the blood moon/rapture lunacy, etc. Then, Thursday happened and all that went out the window. As much as I would love to, I just can’t be my usual smart-ass self and ignore what happened in Oregon last week. After 54 years on this planet (23 of them spent dealing with the awful shit people inflict on each other), I’m always a little surprised when I turn out not to be a calloused asshole.

We all know what happened last Thursday, so I’m not going to rehash it. I’m also not going to mention the name of the person who perpetrated this heinous act; he was seeking attention and if he gets it, like his predecessors who inspired him, he will in turn inspire others. Granted, me not doing so on my piddly little blog isn’t even a drop in the bucket compared to what’s going on in the media. But, at least I’ll be able to go to sleep tonight, secure in the knowledge that I didn’t add to the cacophony.

What I am going to write about here is the clamor in the aftermath of America’s latest mass shooting event. On one side are the liberals/progressives who are of the opinion that the only way to stop mass shootings is more gun control. On the other are the conservatives who believe just the opposite, that the only remedy for the situation is more guns. Let me take a moment here to say that if these two diametrically opposed choices are all you have to offer, then please shut…the…fuck…up.

I am sick to death of people who don’t seem to have a god-damned clue as to how things work in the real world filling the internet with their preferred method for fixing what is obviously a very broken system. Especially when that fix doesn’t require them to make any kind of fucking change of their own. I hate to break it to you, but screaming for Australian style gun legislation on Facebook when you don’t own any guns doesn’t move the conversation forward, it just makes the other side dig in deeper. And, quoting uber-douche Wayne LaPierre about what stops bad people with guns when you have a safe full of weapons is no different; it just gives your opponents a reason to dismiss you as whack job gun nut. There are a lot of things at play here and focusing solely on guns (from either direction) is just fucking stupid.

Don’t get me wrong, I’m not saying that this is a lost cause. It’s obvious our society is broken, especially when it comes to violence, and we need to find a way to repair it. Doing that is going to require a lot of time, a lot of effort and a lot of sacrifice on everyone’s part. Pro-gun people are going to have to accept some new, tougher gun laws. And, anti-gun people will have to deal with the fact that there will always be guns in America. Before we can get to that point, however, we’re going to have deal with that fact that there is no easy fix to this mess. It’s an issue that is fraught with nuance and fixing it is going to be a long, hard process filled with lots of soul-searching; something at which Americans do not excel. That has to change if we want this country to actually be the great nation we claim it is. Or, we can keep arguing over bullshit (and murdering innocent people while we do). Your choice, America.