And, I Couldn’t Be Happier 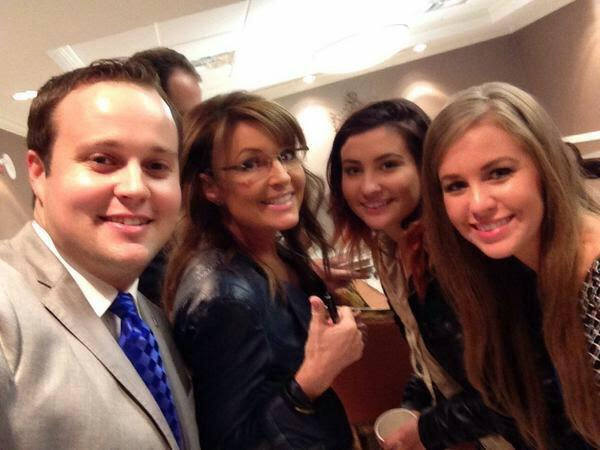 Like most of you, my social media feed has been filled with stories, articles, op-eds, etc. about the Josh Duggar scandal. Interestingly, almost every one has been posted by my progressive friends; the conservatives I know have been remarkably silent on the matter. Well, maybe not “remarkably”; most likely, they wish all this ugliness would just go away. And, who can blame them? It’s always tough when the people we put on pedestals turn out to be all too human.

Before I get too deep into this, let me take a minute to speak to Josh’s conservative supporters and say that your protestations that Duggar has “apologized”, that he made a “mistake”, or that he was “just a kid, himself” are missing the point. And, that point is that I don’t like the Duggars and I don’t care to hear anything that humanizes them in any way shape or form. That said, let’s get to it.

I don’t know about anyone else, but I am thrilled to see this intolerant bigot get his comeuppance. Duggar, scion of the poster family for the Quiverfull movement, took a job with the Evil Empire (the Family Research Council, not the Soviet Union) and used the platform provided by his family’s twisted claim to fame provided to warn America of the “dangers” posed to our children by people who are LGBT, positing a link between homosexuality and pedophilia (of course, I can’t find any actual proof that he did that, but other people said he did and that’s good enough for me). As progressive Christians, if there’s one thing we can’t tolerate, it’s intolerance.

Josh isn’t the only one getting their just deserts; the whole Duggar family is getting its due, also. How so? It turns out that Josh told his father what he’d done in March of 2002. Clan patriarch Jim Bob held on to that knowledge for a year, notifying authorities in March of 2003. Now, you might be wondering why a father would allow his daughters’ abuser to remain in the home with them. Maybe because young Josh made this revelation while his father was in the midst of an unsuccessful U. S. Senate campaign. And, if that’s not bad enough, when his parents did take steps to deal with this situation, they were ridiculous. Instead of notifying the police, the Duggars went to their church elders who encouraged them to send Josh to a program that consisted of “hard physical work and counseling”. It turns out the “hard physical work” was helping a family friend remodel a house and the “counseling” came from that friend who wasn’t a trained professional. In other words, Josh got off with a few months of construction work and good talking to from a family friend. And, all of this was facilitated by his father who pulled strings to keep the family reputation clean. Nothing has been said about whether Josh’s victims got any help.

Seeing these fanatics get exactly what they deserve in such an ironic way is especially sweet. I mean, seriously, these people take to the airwaves to say all manner of ugly shit about gay people and it turns out that one of their own has done all the stuff they claim gay folks want to do? Can you say “priceless”?

Do I feel bad about my unabashed glee at the Duggars’ fall from grace since it involves the trauma experienced by several young girls? Or, that, to the best of my knowledge, none of the young people got any sort of counseling to help them deal with what happened? Well, yeah; but, not enough to stop me. Oh sure, instead of ripping into these folks, as a follower of Christ, I should be extending grace. But, if I did that I wouldn’t have the satisfaction of savaging the family that is the face of conservative Christian values and where’s the fun in that?