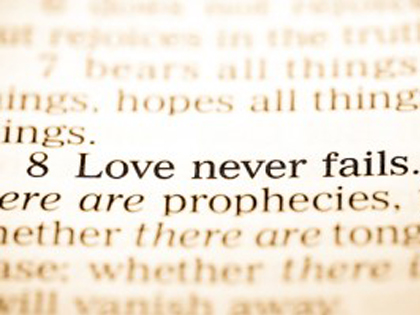 For the past few months, the concept of universalism has been on my mind. I’ve been involved in several conversations (both on-line and in real-time) about the subject and even heard a couple of sermons that either brushed up against it or, in one case, fully engaged it. These encounters run the gamut from strongly pro to intensely con. As a topic of discussion, it can be…, let’s say “divisive”. Coming out as an universalist can get you kicked out of the evangelical church and condemned to hell for all eternity. If you want to know what that’s like, just ask Rob Bell.

Once upon time, Brother Rob was the darling of the evangelical fold. He was young and hip and other young and hip people flocked to his church (there’s nothing evangelicals love more than a “successful ministry”, aka a mega church). It wasn’t long, however, before that relationship became strained. Some of the more hardcore evangelicals began to take exception with Rob’s teaching. Then, a few years ago, Rob released Love Wins and all hell broke loose. That’s because Love Wins is a book which has the gall to question whether a loving God would actually condemn God’s children to eternal torment based on their actions during the few years they lived on earth. In response, he was accused of deceiving “the people of God with false doctrine” and bid “Farewell”. Sadly, things went downhill from there. The thing is, though he was repeatedly accused of being a universalist, he never actually said he was. If just questioning whether it might be the case brings that kind of heat, imagine what would happen if he flat-out said “I’m a universalist”?

But, guess what? Even though some people dispute it, there is scripture that makes the case for universal reconciliation. For example:

There is even scriptural support that one can be reconciled to God even after death. 1 Peter 4:6 says:

Indeed, this is the reason the good news was also preached to the dead. This happened so that, although they were judged as humans according to human standards, they could live by the Spirit according to divine standards.

To be fair, there are plenty of scripture that supports the Calvinista view that only some people will be saved while the rest of us roast for all eternity in a fiery lake. So, with all these competing scriptures, how do we sort it out?

I don’t know about anyone else, but I fall back on experience and reason. Experience tells me that God is infinitely loving. And, reason informs me that an infinite loving God would not be so vindictive as to condemn anyone to eternal torment simply because they didn’t believe. Because of these two things, I cannot believe in a God that would do that.

As for whether you ought to believe in universal reconciliation, I like what Khad Young has to say about it, “I’m not sure whether Universalism is true, but I think that as a Christian I should want it to be true.” (FYI,I got this second-hand, but Khad saw it and didn’t offer a correction). And, theologian Robin Parry even went so far as to say “You’d have to be a psychopath not to want [universalism] to be true.” And, then there’s Bart Campolo, who once asked me “Given an infinite amount of time and an infinite amount of patience, why can’t God reconcile humanity to himself?”

As you’ve probably gathered by now, I am a universalist. Will my coming out have the same impact that Rob’s did? Probably not, but fellow can hope, can’t he?