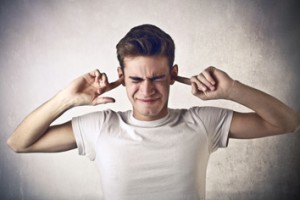 In case you’re wondering, the title of today’s post refers to #NotAllMen, which is a response to #YesAllWomen. When I started reading the stories being shared, my initial reaction was indeed “Not all men are like that”. Now, though, I have a different reaction now: shock. Not shock that these things are actually happening, I spent too long in public safety to underestimate just how harsh the world is. No, what shocks me is how shitty some men can be. In The Stupidest Angel, Christopher Moore wrote “People, generally, suck” and never have those words rung truer for me than while reading these stories.

First of all, let me state for the record that I have never used violence against a woman (and if I did, my father would return from the dead to beat my ass), never felt entitled to sex (my feelings about that are generally ones of extreme gratitude) and cannot fathom any situation where either would be an appropriate response. Why? Because I was taught from birth to respect women and see them as living, breathing human beings and not objects for sexual gratification. #YesAllWomen makes me wonder if my upbringing was some sort of aberration.

Following strange women on the off-chance they might want to hook up with you (and believe me, that is a text-book definition of “off-chance”), yelling “Hey, hot buns” and “Shake it, don’t break it, mama!” (because women find that kind of thing soo sexy), cornering a co-worker in the break room and making vague (yet incredibly creepy) double entendres are all things women deal with everyday. Sadly, that’s the less threatening end of the spectrum because, as one poster said, “#NotAllMen rape, but #YesAllWomen live in fear they will”.

So, how should men respond to the stories coming out #YesAllWomen? First, we need to stop getting pissy and whining we’re not like that because the sad truth is that too many of us are (FYI, one is “too many”). Second, we need to listen to women when they tell us this kind of stuff. If we won’t even acknowledge the problem, how the hell are we supposed to be a part of the solution? Third, we need to step up whenever we hear someone speaking about/to/around women in a less-than-respectful manner, whether it’s our boss, best friend or a stranger. Fourth, we need to be the kind of men the people in our lives (male or female) can turn to in times of trouble and find an ally willing to stand with them, not some judgmental (and/or whiny) ass. In other words, we need to stop being a bunch of damn crybabies and help end the climate of fear our sisters/mothers/wives/daughters live with every fucking day. If we do, #NotAllMen might actually mean something. Until then, it’s just bullshit.