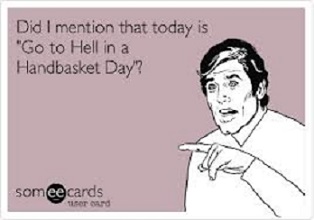 Last Friday, a friend posted the following on Facebook:

“People of earth: This was not your best week. You can do better. Seriously.”

Last Friday, we woke up to the news that not only had the escalating conflict in Gaza erupted into full-fledged war (something that wasn’t exactly breaking news to Palestinians and Israelis), but that someone in Ukraine had shot down a Malaysian Airlines jet. The airliner was brought down by a surface to air missile fired from territory controlled by Russian separatists, killing 298 people. Combined with the casualties from Israel and Gaza, there were over 500 dead. And, our response? We made these tragedies into a political football to advance our particular cause.

My left-leaning friends are relatively quiet about the Ukrainian situation, adopting (I assume) a wait-and-see posture. But, that’s not the case when it comes to the dust-up between Israel and Hamas. I have seen numerous posts on social media condemning the Israelis for retaliating against Hamas while steadfastly ignoring the fact that Hamas provoked those retaliations in what appears to be a cynical ploy to use the deaths of their own citizens to sway public opinion against Israel.

Here’s my take on that attitude: If you are upset about the evils of Israel’s policies toward the Palestinians, but ignore the evils of Hamas, shame on you. Because firing rockets at your enemy in the hopes that he will retaliate and kill the people you have sworn to protect in order to gain some political leverage is no less evil than Israel’s occupation of the West Bank and their apartheid policies. Not to mention the fact that Americans castigating another country for an aggressive response to terrorism is laughable when you consider our recent history. Maybe we should work on getting the log out of our eye before worrying about Israel.

Once again, it seems we have chosen sides and ours is good and true and right and our opponents are the epitome of evil. For Zionists and their allies, Israel is a long-suffering benevolent state yearning to live in peace with its neighbors while Hamas is bunch of terrorists out for Jewish blood. Meanwhile, Palestinians and their supporters see Hamas a plucky band of freedom fighters, struggling against their oppressor. The reality is that neither side has clean hands in this conflict. Sadly, they are both are too busy hating each other to see what they’re doing to their own people.

For my conservative friends, I say this: using the deaths of more than 500 people (300 on the Malaysian airliner and at least 201 in Gaza and Israel) as an occassion to sling mud at the President is despicable and I’m not sure I want to talk to you right now. I love you dearly, but you’re pissing me off and I wish you’d stop.

As a progressive Christian, I try very hard to stay away from phrases like “We are broken people. Deeply, deeply broken”. But, the last few days are making that extremely difficult.