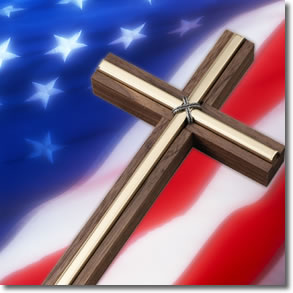 It is a sad day in America when religious leaders feel the need to write the President a letter asking for an exemption to the  proposed executive order banning discrimination against LGBT people working for federal government contractors. How, oh how, have we come to such a place in the land of the free?

It is beyond belief that our President, who a Christian, would contemplate legitimizing a lifestyle that can only be described as sinful by forcing religious groups to  hire and promote them. This country is on the highway to hell and that man is in the driver’s seat.

Never fear, brothers and sisters, because good people like Rick Warren and others are  fighting the good fight. As I said in the opening paragraph of this piece, Warren and a host of other diverse religious leaders have penned a letter to the President saying, “We have great appreciation for your commitment to human dignity and justice, and we share those values with you”  and “We believe that all persons are created in the divine image of the creator, and are worthy of respect and love, without exception” . That is why they “are asking that an extension of protection for one group not come at the expense of faith communities whose religious identity and beliefs motivate them to serve those in need And, is that really so much to ask?

Now , a more cynical soul might think that saying “Without a robust religious exemption, like the provisions in the Senate-passed ENDA, this expansion of hiring rights will come at an unreasonable cost to the common good, national unity and religious freedom” is a backhanded attempt at blackmail, but that’s just silly. Warren and company are merely stating the facts: if  all religious groups aren’t allowed some leeway in their ministerial practices, they will have to choose between helping people in need and their morals. God knows, that’s not a choice anyone should have to make.

In truth, all this letter asks for is that the President respect  our First Amendment rights. I couldn’t agree more because, by  not including a religious exemption to this executive order, you are infringing on my religious freedom. And that, by God, is unconstitutional.