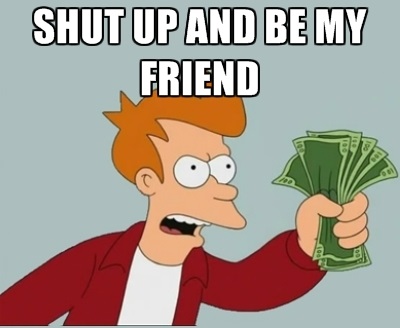 In the past couple of days, I’ve started reading a light-hearted little ditty titled Cancer and Theology, a collection of essays by different authors such as Tony Jones, Brian McLaren and Carol Howard Merritt. I’m less than halfway through and, while I like it, there’s a problem: it’s a rather impersonal.

I suppose that’s only natural; while the treatment of cancer has come a long way in the last few years, a diagnosis still means months of hardship and agony for the patient and their family. I’m not sure you can truly embrace the reality of cancer unless you’ve been through it. Because of that, most people, even learned theologians, don’t really know what to say. As the son of someone who had cancer, there were times I didn’t know what to say. Even though my dad was diagnosed with non-Hodgkin lymphoma in 2001, it wasn’t until I found out I had colon cancer six years later that I began to really understand. Before that, it was all a bit academic. You can watch someone go through all the crap connected with the disease, but until you’re staring your own mortality in the face, it is not the same.

Most of the theological stuff I read about cancer deals with the emotional impact; I’ve yet to see anyone talk about what it does to your body. Yes, there are new therapies coming along; but for now, the standard course of treatment is to attempt to pump just enough poison into your body to kill the cancer cells but not kill you. Whether it’s chemotherapy or radiation, the side effects of it are devastating. The outside world can see the weight loss, the hair falling out and the fatigue. What they can’t see is misery, the pain, that causes you to lie in bed, begging God to make it stop. You don’t care how, just…make…it…stop. They don’t see, and can’t understand, how hard it is to make yourself go to treatment when you know it will cause even more misery. They don’t see the utter loss of dignity that is part and parcel of any disease. These things aren’t spoken of because, just like emotional end of things, people don’t really know how to deal with it.

Truth be told, I’d rather people not deal with it than say some of the stupid things they do. Nadia Bolz-Weber has an excellent response to the classic “When a door closes, God opens a window”, She said “It makes me want to ask exactly where that window is so I can push them the hell out of it”. That’s a sentiment I agree with wholeheartedly.

I know people express this tripe because they don’t know what else to say, so here’s a hint: don’t say anything. I’m a survivor myself and I know what I’m talking about. Let me be clear if I’m ever going through this again and all you can think to say is some shit like that, keep your mouth shut. On the other hand, if you want to sit with me, laugh with me, cry with me, that would be lovely. Don’t worry about not knowing what to say; just be there and be my friend. Because, sometimes, that’s the best you can do.