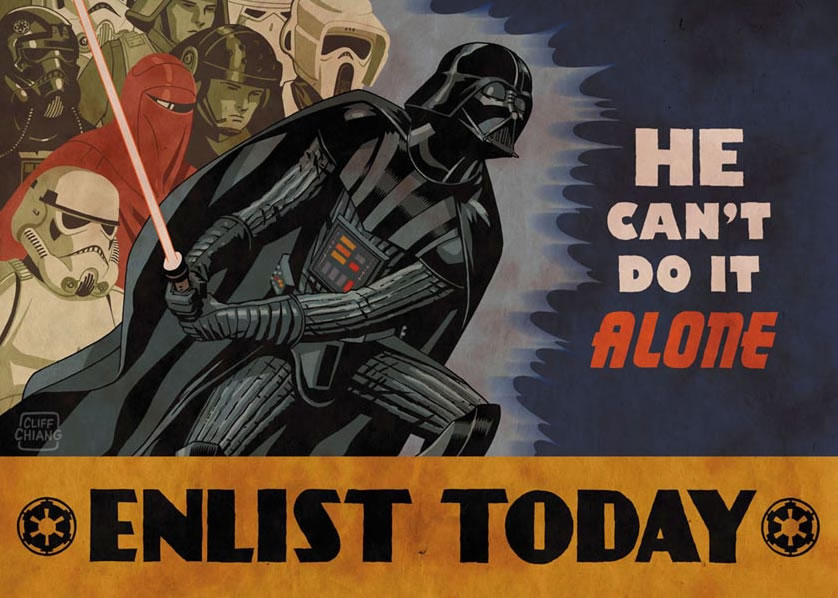 The concept of humanity’s brokenness is a topic of conversation that comes up within Christianity from time to time. And, while the brokenness of people may be open to argument, the brokenness of this world isn’t.  Perhaps the most glaring piece of evidence of that brokenness is violence. We spend a lot of time on what violence does to its victims, but not nearly enough on what it does to those who perpetrate it on our behalf.

Working as police officer or serving in the military isn’t an easy way to make a living. These people encounter a level of violence and ugliness that would break most of us. And, they do so for pay that is mediocre at best. Not only that, you don’t get weekends off and you’re not your own boss. And that’s on top of the fact that it crushes your soul so gradually that you even don’t realize what’s happening until you find yourself wearing a suit of white stormtrooper armor and serving as Darth Vader’s bodyguard.  The benefits, however,  are pretty sweet, so it’s not all bad.

Well, those benefits are sweet as long as they need you. Once you’ve served your purpose, though, you’re pretty much fucked. Ask that man on the corner holding a sign that says “Veteran and homeless. Please help”; he knows what I’m talking about. Or maybe you could chat up the police officer who has spent their career doing their master’s bidding, keeping the masses under control, only to end up in jail when the Empire needs to sacrifice someone to keep those masses from rising up. Sounds like terrible job, doesn’t it? Well, it is. But, it’s the only work some folks can get.

Will Campbell once said “It is doubtful that there has ever been a nation established for bad reasons” and I think you can apply that idea to people, too. While a few bad apples may slip through the hiring process, I doubt that most police officers go into the job with the intent of killing a black man. Or, that the majority of people who  join the military plan on committing atrocities. No, they take these jobs because they offer a way out of a shitty situation. In a military recruiter’s pitch, they’ll point out that, whatever branch of service you choose, they’ll help you attain a usable skill, feed you, house you and even pay for college. If you’re a young person from a working class family who lives in an economically depressed area, the military looks like a pretty good deal. The same goes for a young person with a family to feed. A job as police officer comes with decent pay, insurance, vacation and sick time and, most importantly, job security.

Studies show that economic mobility is inextricably tied to education. But, the Empire has made education so expensive that working class people can’t pursue it without crushing debt. Right now, my daughter (who went to one of the more economical state-sponsored schools in North Carolina) is carrying about $50,000 in debt. And, that’s nothing compared to loans incurred by someone who went to a private or out-of-state school. The Empire takes advantage of this shitty system they’ve set up by offering “assistance” to people who will serve it. And, the price? Only your soul.

Don’t get me wrong, I’m not trying to offer absolution to the bad actors of this world; I’m looking some grace offered up to people whose decisions led them places they never expected to be.  Some of us pay the cost of empire with our lives, some with our freedom and some with our souls. But, one way or another, we all pay.