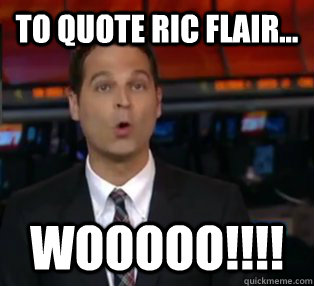 Last month, The New Yorker ran a piece by Adam Gopnik titled No More Mr. Tough Guy. It addressed the public perception (and by “public”, I mean conservative bloggers and pundits) that President Obama is a wimp, a weak sister, an effeminate girly-man. Of course, supporters (and liberal/progressive critics) of the President will say it isn’t so, pointing to his drone policy and other actions. But, whether the perception of the President as weak has any basis in reality is irrelevant for his critics. As far as their concerned, it’s just another club  to beat him with. Even if it is absurd.

They are reduced to this ridiculous measure  because they can’t go after him for the real reason he pisses them off (having the temerity to be African-American and get elected to the highest office in the land. Twice). But, there’s something else involved here: many of these critics are members of the Cult of the Manly Man. For these guys, a man that comes off as anything less than a fire-breathin’, ass-kickin’, red-meat eatin’, woman-chasin’ patriotic ‘Murican is a pussy. And, being a pussy is an unforgivable sin in their eyes. It’s like they watched  too many Stallone as kids and all decided to be Rambo when they grew up. Where the hell did all this come from?

That’s not an easy question to answer, but I think a lot of it has to do with the fact that men in today’s world don’t face the same challenges our ancestors did. Our survival doesn’t depend on our hunting skills, we’re not required to fight on a regular basis to protect our hearth and home and the likelihood of a global war that would require mass conscription is slim at best. That means certain skills and abilities men have acquired over the ages aren’t exercised and that lack of exercise troubles us. To deal with that, some men go into careers that use those skills, while others engage in leisure activities (like sky-diving, rock-climbing, etc.) that push the survival envelope. But, a few don’t do any of that. This smaller group engages in activities that give the impression of manliness without actually having to do anything dangerous/risky, aka “manly” (in their minds anyway). This faction is typified by people like Mark Driscoll and Sean Hannity. A few, like Dick Cheney, Donald Rumsfeld and Paul Wolfowitz, even rise to positions of power and drag us into disastrous wars against the advice and counsel of men who have actually been there and done that.

That’s the thing about members of the Manly Man cult: they’re past masters at looking tough, but most of them have never actually had to do things they consider tough. They’ve never served in the military, worked as a firefighter, police officer or paramedic. They never faced their mortality in a real and dangerous way and come through the fire a changed person. They’ve never had to make a life-or-death decision that would affect them personally. So, when they start with their “wimpy”, “girly-man” bullshit, it rings hollow with me; as it does with most other people who aren’t members. Business men who ride Harleys and play dress-up on the weekend (calling themselves “bikers”) are funny in a sad sort of way. Assholes who drag us into wars or marginalize whole swaths of society to make themselves feel “tough”? Not so much.

It wasn’t all that long ago that keeping a cool head when faced with conflict, putting the needs of others ahead of your own, not meeting every perceived insult with a scorched-earth response, treating women with respect, working for equality, etc. were considered good things; not signs of weakness. These are the traits that the men who raised, taught and influenced me in life exemplified. They were some of the manliest men I’ve ever known. Next to them, characters like Hannity, Driscoll, Cheney, etc. (and their followers) are petulant little boys who desperately need to grow up.