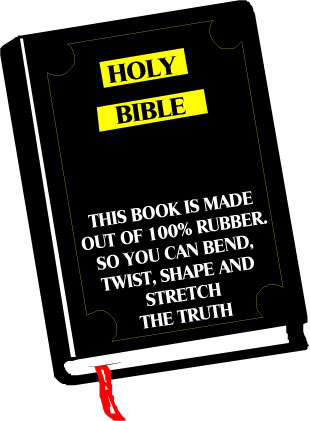 I am a huge Gareth Higgins fan. The man has a way of taking ideas that have danced around in my head for a long time and reducing them to a few, taut, concise sentences. A few years ago, in Memphis, he said “The Gospel is not “Don’t say ‘fuck’. It’s not ‘Don’t sleep with your girlfriend before you’re married’. It’s “Love God and love your neighbor”  In three short sentences, he managed to convey something that would take me 500 words (at least) to say. Plus, he said in a super-cool Irish brogue, which can render even the most unpalatable truths consumable. He does it again in Cinematic States: The Stories We Tell, The American Dreamlife. and How to Understand Everything, telling us that being human “…is the one thing we’re never going to get over, no matter how hard we try. It collapses all boundaries of gender, nationality, politics, ethnicity and taste. The Law at its best – enshrining human rights – says so.” It’s that last sentence that really does it for me.

While many provisions of the Law may seem horribly draconian to 21st century minds (rebellious children should be stoned, etc), for its time, it was incredibly progressive. Building on the Code of Hammurabi, Mosaic Law put forth the idea that one life wasn’t worth more than another no matter what the social standing of the parties involved might be. It also made provision for widows and orphans, instituted rules of hospitality for strangers, protected women by codifying rules about divorce, etc. And, yes, it does seem to address homosexuality and same-sex attraction. But even if it does forbid those things (and that’s a big “if”), those proscriptions are a handful of verses out of more than 4000. Why do we focus on those few while ignoring practically everything it says about human rights?

There are a lot of reasons, from money to the “ick” factor. 40 years ago, LGBT issues were not something discussed in polite society. Basically, gay people lived “in the closet” and straight folks ignored them.Two events changed that situation: Stonewall and the collapse of the Soviet Union. Stonewall, because it forced us to confront the fact that some people in this country loved differently than the rest of us and the collapse of the Soviet Union because people like Jerry Falwell lost a huge fundraising tool when the “Godless Reds” ceased to be a threat.

The Stonewall riots were both a blessing and curse to the LGBT community because they were the beginning of the modern gay rights movement but the end of their anonymity. No longer able to hide in plain sight, they were out there and they were a target. Culture warriors like Falwell were quick to exploit the issues of homosexuality and abortion and build empires by generating fear of what these twin bugaboos would do to our country. And, not just our country, but the world. They fervently believed (or maybe “fervently preached” is a better way of putting it) that God created America as His tool to bring about the Kingdom of Heaven here on Earth. How did they do that? By cherry-picking scripture and perverting the Law.

How can that be you ask? Doesn’t the Bible plainly say that men who lie with men should be put to death? Yes, it does and we could debate the interpretation of that passage until the cows come home. But, Jesus enjoined his followers to follow the spirit of the Law and not the letter. So, what is the spirit of the law? It is “Love God and love your neighbor”. Taking a few pieces of scripture out of context and using them demonize others isn’t what I call “following the spirit of the law”.

In other words, using The Law to condemn and ostracize people you deem “icky” makes God cry. And, I’m pretty sure that’s not a good thing.