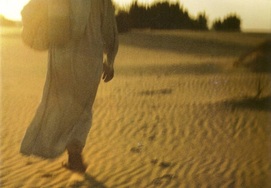 If it seems like you see lists in the blogs you read on fairly regular basis, there’s a reason for that: there are lists in the blogs you read on a  fairly regular basis. Bloggers like lists because they’re easier to write than regular posts: not as much thinking, easier research (especially if you find things to copy and paste) and just less work all around. Generally, if the creative juices aren’t flowing and you can’t find the words, banging out a neat and tidy list will solve the problem

There are several lists of things you can’t say/do as a Christian on the internet. Probably the most popular is Mark Sandlin’s “10 THINGS YOU CAN’T SAY WHILE FOLLOWING JESUS“. While I might quibble over the choice of words in the title (like substituting “shouldn’t for “can’t”), it’s a good list and a person could certainly do worse if they were looking for rules to live by.

While lists of what you can’t do as Christian abound, ones that say what you can do are few and far between. In fact, I’ve never even seen one. I’m not sure why that is; you’d think it’d be great material for Christian bloggers. God knows, we aren’t shy about telling people how they should live/act/believe. So, why aren’t there at least a few lists floating around out there that with a more positive slant? I’m not sure, but it probably has to do with the fact that it’s easier to say what people shouldn’t do rather than what they should. Especially when it comes to Christianity. For a list of rules to work, it needs to be concise and unambiguous. With the way the Christian faith has fractured in the centuries following its founding events, a concise and unambiguous list of what Christians should do is a little hard. And, by “little hard”, I mean almost impossible. But, as I am the eternal optimist, I’ll give it a shot. Here is my list of:

Things You Can Do As A Christian

And, that’s pretty much it. Oh sure, there are other things you can do, but if you want to follow Jesus, I don’t think you’ll won’t go wrong with these three items.