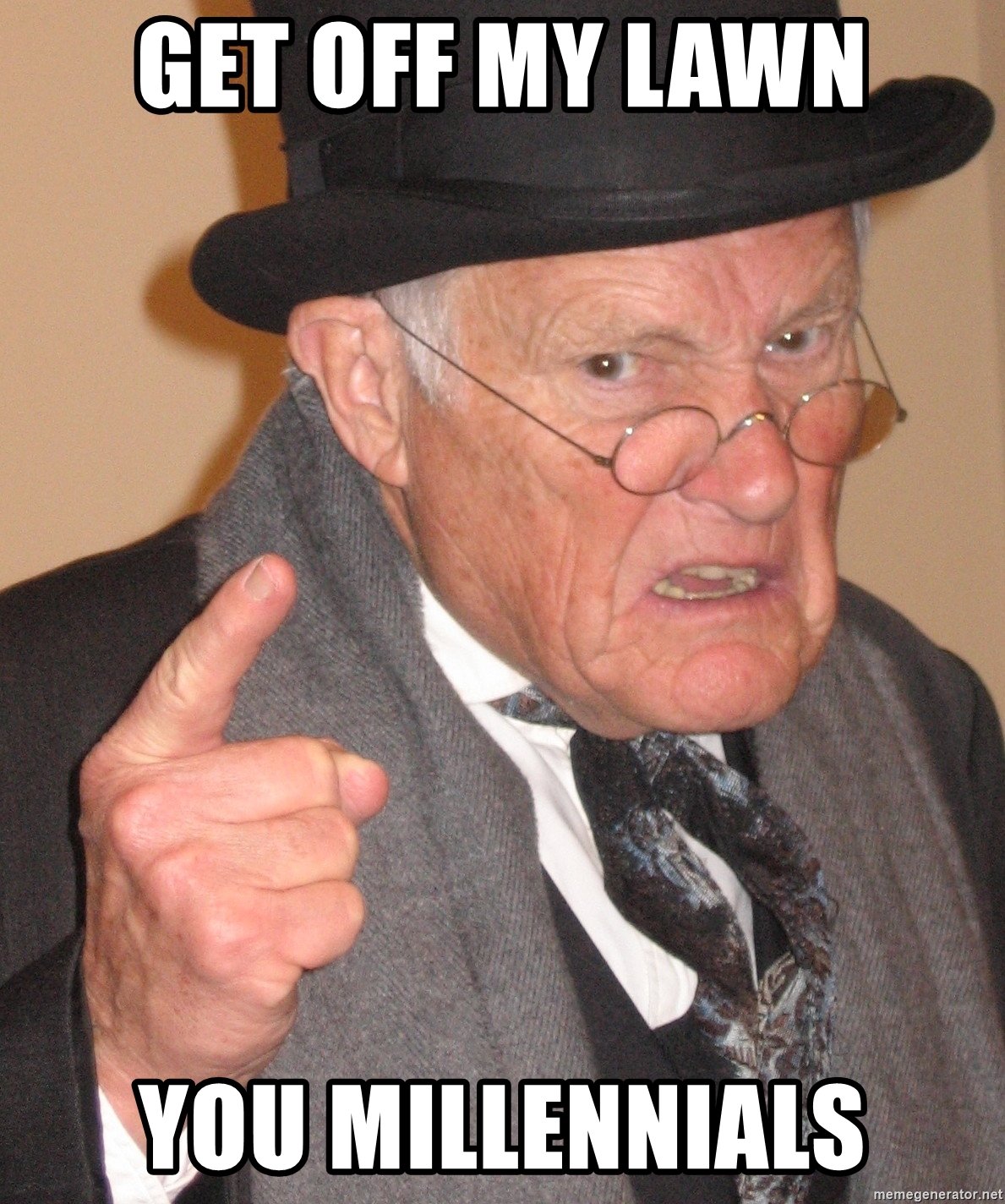 Not a day goes by when I don’t see something about “those damn millennials” in my social media feeds. All too often, it’s some Baby Boomer bitching about how young people are too attached to their cell phones and want everything handed to them on a plate because they got a participation trophy when they were 7 years old and are lazy, little shits who won’t work and still live with their mommies and are destroying the country with their insistence on political correctness and… well, you get the picture.

I’ve seen some interesting responses to these complaints, but this one from my friend, Jacki, is especially good:

“How do young people today manage to simultaneously be demon possessed heathens with no moral compass or work ethic *and* be overly emotional, sensitive snowflakes that are too PC and work constantly for little pay?

How do immigrants both steal our jobs and manage to be lazy, living off of taxpayers?

The same people espousing these ideas can’t seem to hold seemingly opposing but equally valid viewpoints in their heads, but somehow manage to hold completely opposing viewpoints that can’t both be true all the time without notice.”

Now, before I go any further, I should probably tell you that I’m a Boomer. Okay, actually, I’m what’s called a “cusper” since I was born at tail of end of the Baby Boom (1961). Because of that, I identify more with Gen X than my designated generation. I should also tell you that I use this fact to my advantage and do everything in my power to hide any connection with the Baby Boom generation.

Why do I hide the fact that I’m a Boomer? Obviously, it’s not vanity. I mean, hell, I told you my age just a few lines ago. No, I hide my generational affiliation out of a sense of self-preservation. Let’s face it, Boomers are assholes. We’re more responsible than any other generation for the unhinged Oompa Loompa who is doing his best to destroy the country. We taught our kids to value their self-esteem above everything else and then, when they act that teaching, we laugh and call them “snowflakes”. And, we’re the ones who gave kids the participation trophies we love to bitch about, saying “My god, you guys want a medal just for showing up!” Basically, letting that Boomer cat out of the generational bag at the wrong time is liable to get you cut.

I would love to say we became our parents in spite of all our efforts not to do so. And, while that would be the Boomer thing to do (avoiding responsibility for our shitty actions by placing the blame somewhere else is what we do best), it wouldn’t be truthful because our parents didn’t do this shit. Oh, they fucked up plenty, that’s for sure. I mean, they’re ones responsible for the Boomers. But, they never blamed us for all their mistakes the way we blame millennials. Mostly, they wondered what the hell was wrong with us indulging in all that sex, drugs and rock and roll and lived up to the name “Silent generation”.

So, how did we become such utter wankers? Damned if I know.  Maybe if we’d gotten a participation trophy somewhere a long the way…