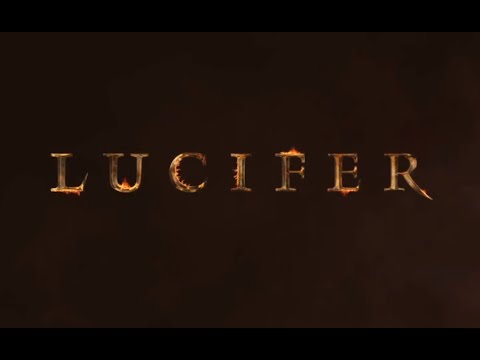 With all the craziness in the news lately, I thought we could all use a break from stories about Donald Trump’s racist/xenophobic/idiotic comments, Ben Carson’s memory issues and the terminal case of foot-in-mouth disease that seems to be afflicting all the Republican presidential candidates. I don’t know about you, but that bullshit’s getting a little stale to me and I thought everyone might enjoy some fresh bullshit. And, no one produces a better grade of bovine excrement than the American Family Association’s email/fundraising arm, One Million Moms.

I suppose the title of this piece deserves a little explanation. Basically, One Million Moms has petitioned Fox to drop plans to air “Lucifer”, a show based on a DC  graphic novel about Satan.  I’m sure this action has Fox programming execs are shaking in their boots because their appeal has garnered a whopping 27,915 signatures. To put things into perspective, that’s about .0053% of the folks who watched Fox TV last week. I looks like incurring the ire of One Million Moms is like being Sheldon Cooper’s mortal enemy: it doesn’t take up a whole lot of your time.

In case you’re unaware, let me tell you a little about the show that has The Moms in a tizzy. According to a synopsis from Deadline.com, “the TV series centers on Lucifer who, bored and unhappy as the Lord of Hell, resigns his throne and abandons his kingdom for the gorgeous, shimmering insanity of Los Angeles, where he gets his kicks helping the LAPD punish criminals.” Sounds interesting, but I see one, rather glaring plot hole: Lucifer is bored and unhappy in Hell and moves to L.A.? That’s like being tired of living in Texas and moving to Oklahoma. I mean, really, what’s the difference? But, the character was created by Neil Gaiman for “Sandman“, so it’s certainly worth a look.

The Moms, however, disagree. They’re upset with “Lucifer” because “The program previews mischaracterize Satan, depart from true biblical teachings about him, and inaccurately portray the beliefs of the Christian faith” and that, by opting to air the show, “FOX is disrespecting Christianity and mocking the Bible.” Now, I want you to take look at the first statement, where they say “The program previews…”. Do you know what that means? They haven’t even watched the fucking show and they’ve already got their knickers in a twist! You would think that actually watching a show might be an activity you’d engage in before calling for its cancellation. But, I guess not.

As for their contention that Fox is “disrespecting Christianity and mocking the Bible”, I have a feeling that the folks who run OMM are faithful Fox News viewers. The crap spewed on that network does a much better job of “disrespecting Christianity and mocking the Bible” than what amounts to yet another police procedural (can you say “cognitive dissonance”?). But, I have great respect for their commitment to not letting trivial stuff like facts and truth get in the way of what they want: to control every aspect of everyone else’s lives.

Now, as petitions go, this one is pretty tame compared to their complaints about “The Muppets”. Where’s the sex? Where’s the drugs? Where’s the animals sans pants??? Seriously, the “Muppet” petition warned that the new show would be “now weighing in on interspecies relationships and promiscuity.” And, all they’ve got for the Lord of Hell is some vague complaint that the show “will glorify Satan as a caring, likable person in human flesh” along with some violence, scantily clad women and a demon? Geez, it’s Fox hire these guys to write promo material for the show.

A quick look at the “Current Campaigns” page of OMM’s website shows that it’s not just Lucifer or Kermit that rises their ire; there’s an entire array of offensive television shows, food products, toys and news networks that have pissed them off. As I looked at it, one thought struck me: maintaining this level of outrage all the time has got to be tiring. Maybe that’s why these folks are so hard to get along with. If they’d just let things go once in a while, they’d be much happier. And, so would rest of us. I am not, however, holding my breath until that happens.