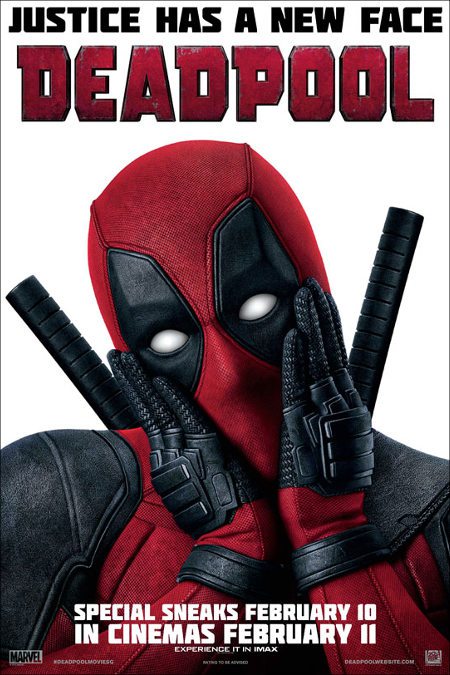 That’s the word on the evangelical street, y’all. You will not pass Go and you will not collect $200. You will, however, spend eternity in the bottomless pit and being tormented at Satan’s pleasure.  Now, you may be wondering why is watching “Deadpool” a one-way ticket to Hell? Because, people are nekkid in it, that’s why. I guess it’s okay to be violent as fuck, but you’re gonna burn if you so much as glance at naked boobies.

I stumbled onto this super-important bit of information last night when I was  researching a paper for my English class and found a link on the Stuff Christian Culture Likes page to an article from John Piper’s Desiring God website. While I don’t always agree with Stephanie (as in, “Drury”, the person behind SCCL), she does have a real knack for finding crazy Christian stuff; especially when it comes to “sexual purity”. And, this was no exception.

Apparently, “Christians” are wrestling with whether or not they should see “Deadpool”. I say, “apparently”, because I know a lot of Christians and not one of them has voiced any uncertainty in this matter; they cannot wait to see the movie (some already have and gave it rave reviews). Granted, the majority of my friends are huge nerds and would likely be considered apostates by Piper and his crowd, so they may not the best indicator of what’s going on in the evangelical/fundamentalist world. But, the author didn’t specify a certain group, so I’m rolling with it.

I’m not doing a point-by-point refutation of the article, today. Or ever, really. I mean, why bother? I’m pretty sure no one who reads this blog is all that torn up about a little nudity in a movie or puts much stock in what the nation’s premier Calvinist website has to say about it. So, why am I writing about this? Two reasons: 1) I am fascinated by their obsession with sex and 2) posts about sex and “purity” usually pull in pretty good numbers. Combine that with a topic that has the buzz of “Deadpool” and I’m thinking this post might just land in my top ten list. Yes, I’m a numbers whore. If you didn’t already know that, you obviously haven’t been around here very long. But, I digress.

I don’t get it. There are so many things in this movie that drive hardcore evangafundies over the edge and by focusing on the nudity, they’re missing out on so much outrage. There’s the film’s irreverence, its anti-establishment attitude and the profanity. It’s a trifecta of sin and they’re missing out! (I was going to mention “the lack of upstanding, virtuous plotline”, but that would violate the comedy “Rule of Three“, so…)

To be fair, Desiring God isn’t the only Christian website with a problem about “Deadpool”, they’re just the biggest. A Google search of “Deadpool and Christians” returns pages and pages of results and every one I looked at was…, let’s say, “less than complimentary”. Of the ones I read,  the recurring theme was “DON’T LOOK. NEKKID PEOPLE!!!” A couple did mention violence as a concern; one said there “should be a limit on how many decapitations there are in a movie that’s not called Highlander.” But, another thought the studio should’ve forgone the “raunchy” stuff and focused on the violence. That’s interesting when you consider Christians follow a man who forswore violence in everything he taught.

The most shocking thing of all is that One Million Moms has not yet called for a boycott of this film. How can that be??? It has almost everything they love to hate: sex and cussing and…, well, that’s about it, because the Moms don’t seem to get bent out of shape over gratuitous violence. It seems that frogs without pants, gay superheroes or a likable Satan are imminent dangers to the moral fabric of the country, but blood, gore and guts are cool.

So, as a Christian, do I think it’s okay to watch “Deadpool”? Hell, yes I do. In fact, I plan on seeing it myself as soon as possible. What’s that, aren’t I worried about going to Hell because I saw nude lady bits? According to the folks who believe that way, I’m already going there and I figure, “in for a penny, in for pound”. Might as well get my money’s worth.