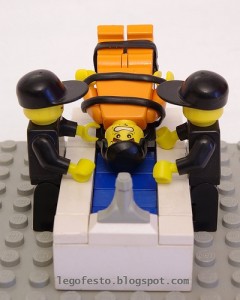 On Tuesday, the Senate Intelligence Committee released the Committee Study of the Central Intelligence Agency’s Detention and Interrogation Program, (aka the CIA Torture Report) and it’s generated a little controversy. And, by “a little controversy”, I mean “people have lost their damn minds”. Liberals are up in arms because officials and agents of the United States authorized, condoned and/or used “enhanced interrogation” techniques on detainees((I know the word “detainee” is sounds a little stilted. But, calling them that instead of “prisoner of war” (which is really what they were)  made it easier to do all this evil stuff to them)). Conservatives, on the other hand, are saying “Why are we upset about this? They did what they had to keep us safe.”

My god, all this uproar because few towel-head camel jockey’s weren’t treated with kid gloves? Boo-frickin’-hoo. Some of you, evidently, don’t remember what it was like in the aftermath of 9-11. We were scared shitless that another attack was coming any day and gave our leaders carte blanche((not really, they kind of just took it)) to do whatever it took to keep us safe. And, these great Americans did just that. Did it actually work? Who knows? Who cares? Now, stop clouding the issue by asking for facts, damn it.

So, the CIA used interrogation methods that would make a Gestapo officer proud. So what? It’s not like they were using these measures on Americans((aka, white people)). I really don’t understand what all the fuss is about. In case you’ve forgotten, the individuals subjected to these methods helped kill 3000 Americans and wanted to kill plenty more((Well, some of them did. Others, not so much. But, why waste time splitting hairs like that?)). Excuse me if I don’t really give a damn how we “gathered information” from these murderous assholes.  Again, why are we even having this discussion?

I’ll bet you’re going to tell me that torture doesn’t work, that we didn’t get anything through these techniques we couldn’t have gotten otherwise. That’s a dirty lie put forth by Democrats to besmirch one of the greatest American presidents of all time: George W. Bush((starting two wars, trampling our constitutional rights and wrecking the economy makes you “great”?)). You’ll never hear a Republican spewing that garbage. Well, except for John McCain((who spoke passionately about the report)) and Ronald Reagan((who signed the UN Convention Against Torture)). Besides, this wasn’t really torture, it was “enhanced interrogation”

Of course, there’s also the argument over the legality of the program, which has been called into question more than once. Well, let’s put that to  bed right now: both the CIA and Dick Cheney assure us everything was on the up and up. What more do you need than that? I’ll bet some of you are thinking “Isn’t it possible that Cheney and the Agency might have an ulterior motive for saying this((like avoiding jail, maybe))?” You cynical asshole. How dare you impugn the honor of these great Americans who have sacrificed so much to keep you safe. I’ll bet you have a Commie flag in your basement/garage.

I also hear liberals whining about how the Detention and Interrogation program betrayed the very ideals our nation was founded on. So? Why should I care if some  enemy combatant is roughed up a little? Big whoop ((hey,  it only makes more terrorists who execute hostages in terribly gruesome ways)). It doesn’t really affect me, so I don’t care((it actually does, but not in an immediate enough fashion that I notice it)).

I’ll bet you namby-pamby, wussified “progressives” think we should have asked these murderous bastards((some of whom were conscripted at gunpoint and held under armed guard)) nicely for the information we needed, then patted their heads and kissed them on both cheeks. Seriously? We were at war, people! The security and safety of this “shining city on a hill” was threatened and you seem to think we should’ve followed some crazy set of rules that put us at a disadvantage((even though we did help write those rules)). To steal a line from Barry Kripke: “Awe you cwazy? This is a stweet fight. The stweet has no wules.”

You may be wondering how I, as a Christian, can countenance the oppression and persecution of an entire race/religion due to some amorphous threat to my security. Right about now, you’re thinking “Jesus said to turn the other cheek when someone strikes you and to love your enemies”. Well, that was easy for him to say, since he wasn’t dealing with a culture dedicated to the subjugation and control of all aspects of his people and land((of course, the Romans always had the Jews best interests at heart)). I’ll bet he wouldn’t have said that crap if he’d faced what we did after 9-11.

Look, here’s the bottom line: We Are Awesome! Therefore, everything we do is awesome and that includes torture, enhanced interrogation techniques or whatever the hell you want to call it. Did we sell our national soul for the promise((not the actuality, just the promise)) of safety and security? Probably. But, the very idea makes me uncomfortable and I’d rather not think about it.