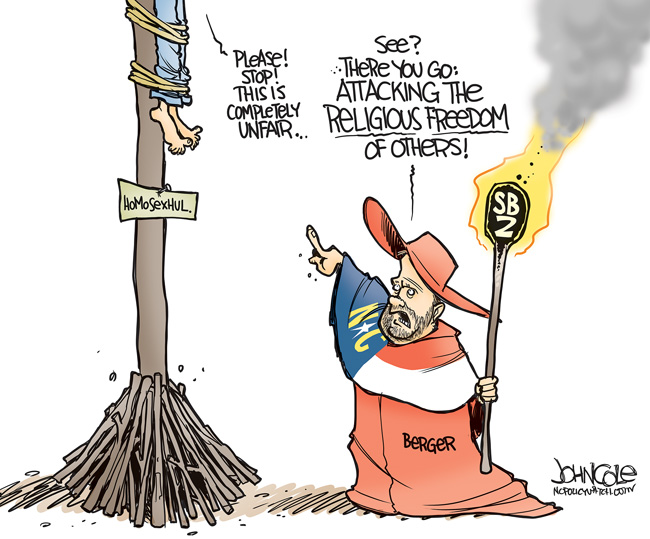 So, last week, Indiana governor Mike Pence signed the Indiana Religious Freedom Restoraion Act into law. This piece of legislation isn’t a one-off thing particular to Indiana, though; there are similar bills pending across the country, including my own state of North Carolina. Supporters claim the laws aren’t meant to discriminate against people who are LGBTQ, but to protect believers 1st Amendment rights. Okay, if that’s the case, I have a few questions I’d like answered:

I’m not sure where to send this list, so I’ll just leave it here on the internet. I’m not holding my breath waiting for answers, though.