*Let me say that what you’re  reading here is a Flannery O’Connor quote in action. Is it “I don’t deserve any credit for turning the other cheek as my tongue is always in it”? No, it’s not. How about “Total non-retention has kept my education from being a burden to me”? That’s not it, either. It’s this: “I write because I don’t know what I think until I read what I say.” In other words, I’m working this out on paper (well, screen actually) and I’m dragging you along with me.* 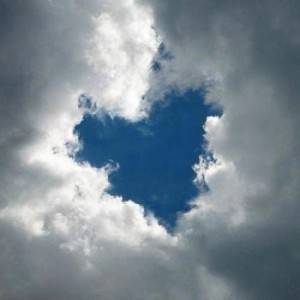 Growing up, many of the messages I received about God weren’t very nice. Many of them came from sermons about God’s testing of Job or some other story that makes God sound like a total asshole. Especially bad were the ones surrounding Jesus’ crucifixion: God sent Jesus, God’s own son, into the world to die a horrible death just so I could be forgiven for my sins? Even as kid, that struck me as dickish. It certainly wasn’t what I considered loving. And, it definitely wasn’t a God I wanted to worship or even believe in.

As I got older, I found out those messages might not be accurate. For instance, I learned that God didn’t necessarily demand blood for my sin, that there were other theories about atonement. I learned the Hell I’d been threatened with might not exist, that God didn’t condemn anyone to eternal damnation for things that happened in a few short years here on earth. Basically, I learned there was another way of seeing things, one that said maybe God wasn’t such an asshole after all.  But, if that’s true, if God isn’t an old man on a throne with a handful of lightning bolts , waiting to smite us if we step one inch out of line, then what is God? I think the answer is something I learned in VBS: God is love.

It’s funny to spend your life searching and realize the answer may be something you learned almost 50 years earlier. Maybe Robert Fulghum is right, everything I really need to know I learned in kindergarten. Well, vacation bible school, in this case; but, you know what I mean. But, God is love? Is it really that simple? I don’t see why not. I mean, it’s not like the other concepts of God are working all that well. Certainly not the one from the Old Testament, that’s for sure. So, what’s wrong with a simple idea about God that people can understand? Maybe if we had one, things might be a little different.

Before you get your panties in a wad, yelling “God doesn’t change!”, maybe God doesn’t change, but our perception of God does. The God of the Old Testament is a tribal one that must be appeased through sacrifice or strict obedience and is vastly different from the God introduced in the New Testament. That God is a loving, caring presence who’s concerned with the entire world. Or, who knows, maybe God does change. Or, maybe this is all just semantics and an argument that doesn’t amount to a hill of beans. I’m going with the last one.