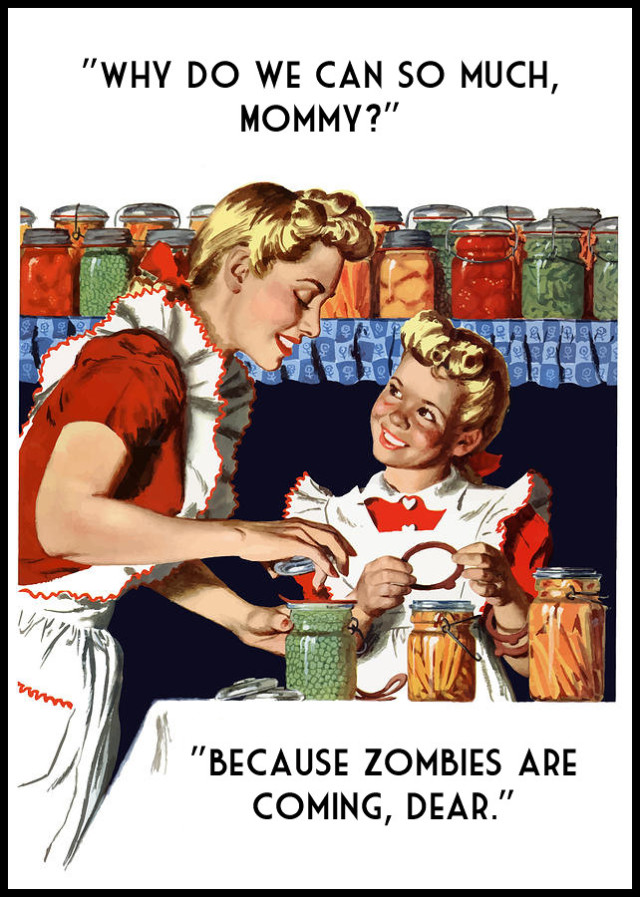 Greetings, beloved. I know it’s been a while since you’ve heard from me and I apologize for that. But finishing a degree in the middle of a pandemic took a large part of my available bandwidth. Also, I’ve come up with several interesting, timely topics, only to them blown out out the water by whatever new piece of batcrap craziness 2020 decides to throw at us. Putting together a coherent blog post in this environment has been… well, let’s call it “difficult”. But, I think I’ve finally come up something that might actually survive long enough to publish. It’s my belief that, with all the insanity that we’ve dealt with this year—not to mention the way each new incident seems to ramp up the crazy by at least a magnitude of 10—a zombie apocalypse is the only way 2020 could possibly end.

Now, that statement brings up an interesting question: who will survive this dystopian hellscape that I’m so sure the world will devolve into? While I can’t say for sure, I’m betting that it won’t be any of those doomsday preppers and their underground bunkers jampacked with canned goods and an arsenal that would rival certain small countries. I mean, these numbnutted narcissists won’t even wear a mask in the middle of a pandemic – despite what the science says – because they just know it’s a tool of government mind control. I can just imagine how they’d react to the news of the walking dead.

No, the people who will survive a zombie outbreak are people like the girl in one of the classes I tutor. She is obsessive about wiping down any surface she might have to touch, always wears a mask, and seems to have an innate ability to know exactly what six feet looks like. Basically, she is the consummate social distancer, displaying the attention to detail it will take to make it through the rising of the undead.

Another person who will survive is my friend, Dave. He and his wife are part of an intentional community who share everything. Dave is a gardener and grows a ton of vegetables every spring, way more than he and Jena can eat by themselves. What they can’t eat, they can, freeze, or share with their group and their friends. Someone else in their community is a mechanic, another is a teacher, a third is an amateur plumber. When a community member has a problem, one of their neighbors steps up and takes care of it, knowing that if they have an issue in the future, someone will do the same for them. While Mr. Beans and Bullets is locked away in his bunker, eating the same, bland survival rations day after day after day, slowly going mad, Dave and his community will be living their best life, looking out for each other because humans are social animals and, as much as we hate to admit it, we need each other in the best possible way.

I know that in the middle of a pandemic, when social distancing is the order of the day, this is going to sound counter-intuitive, but get out there (virtually if at all possible) and build those social connections. And, work at maintaining the ones you’ve already built because these alliances are crucial to your thriving, not just surviving. And, you’re going to need them when COVID-19 morphs into ZN-1 to close out this shitshow of a year.