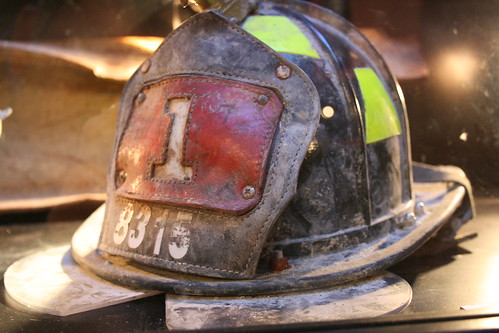 Unless you live under a rock, the phrase “9-11” carries a certain weight. Many of us remember that day with a frightening clarity; one born of watching terrible events play out in real-time on our televisions. Some, like me, were sitting in a fire station and saw our brothers and sisters of the FDNY selflessly run into the Twin Towers to put out the fires and get people to safety; i. e. doing their job. In the aftermath, the survivors of that awful time went back into the hell of Ground Zero, working day and night to rescue survivors and find the bodies of those who didn’t make it. Again, doing their job. And, now, 14 years later, when they are dying because of they did so, Congress refuses to do its job and pass legislation that would address that.

In 2010, 9 years after the firefighters, police officers and paramedics of New York’s emergency services spent all that time in the toxic soup that pervaded Ground Zero, Congress passed the James Zadroga 9/11 Health and Compensation Act. It wasn’t easy, however, as a filibuster delayed an up-or-down vote. Why the filibuster? It seems Republicans were concerned about paying for the bill in “an appropriate way”. The deadlock was broken when Jon Stewart made the public aware of this blatant douchebaggery from his bully pulpit on The Daily Show. Unfortunately, that was not the end of the GOP’s shittiness, because they’re at it again.

You see, when the Zadroga Act was passed, Congress only funded it for five years because, as Stewart pointed out during a return to The Daily Show earlier this week, “…they said wanted to make sure the program wouldn’t have people who tried to cheat it and you could scientifically prove a link between the responders horrible diseases and the toxic air that they were breathing, day in and day out, working at Ground Zero.” Now, there has been no fraud and a link has been established, so you could think that permanent funding for such a noble program is pretty much assured. But if you did, you’d be oh, so wrong.

So, what’s the problem? In a word, politics. Basically, Republicans seem bent on using the reauthorization to humiliate Democrats by forcing concessions they couldn’t get otherwise. House Energy & Commerce Committee Chairman Fred Upton (R-Mich.) proposed paying for the program by making cuts to Medicare that Democrats have long contested. And, according to Stewart, McConnell pulled it from the bi-partisan transportation bill that recently passed in a fit of pique because he couldn’t get concessions about oil export regulations. In other words, business as usual in our nation’s capitol.

Our elected officials are quick to say “Never Forget” while on the campaign trail, but it seems their memory fails when it comes time to do something for the people involved in the events of 9-11. What they don’t seem to understand is that in jobs like firefighter police officer, paramedic, soldier, etc. there exists unwritten, unspoken contract between individual and the government. In that contract, the individual promises to risk life and limb on behalf their city/county/state/nation for ridiculously low pay. In exchange,  the government promises that to take care of them and their families if they get sick, injured or die in the line of duty. What Congress is doing with the Zadroga Act doesn’t just violate that contract, it obliterates it. Maybe that’s something we, the people, shouldn’t forget when it comes time to renew their contract next year.